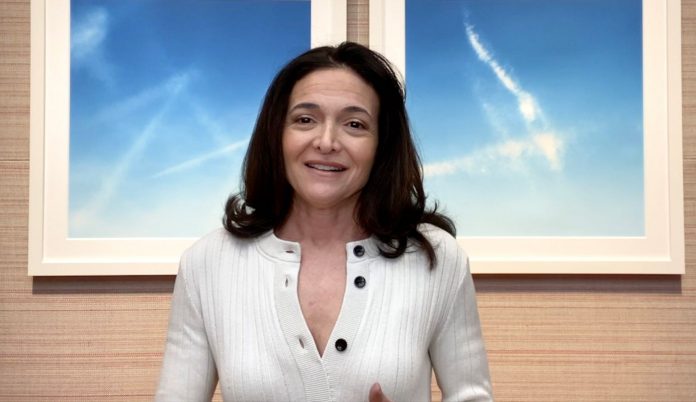 Sheryl Sandberg Steps Down As Facebook/Meta COO, Ending an Era

Longtime Facebook/Meta executive Sheryl Sandberg announced Wednesday afternoon that she is leaving her role as COO of the company after 14 years, which is probably an indicator that she’s no longer interested in defending the company against storms of its own creation.

“When I took this job in 2008, I hoped I would be in this role for five years,” Sandberg said in a Facebook post. “Fourteen years later, it is time for me to write the next chapter of my life. I am not entirely sure what the future will bring – I have learned no one ever is.”

The post is mostly a glowing recollection of how and why she came to take the job as Mark Zuckerberg’s right-hand woman, and, she writes, “I could have never predicted how meeting him would change my life.” Sandberg would soon become one of the most powerful female executives in the world and a very rich person in her own right, and her 2013 book Lean In has become a touchstone for modern women in business.

Facebook COO Sheryl Sandberg and her fiance Tom Bernthal arrive for the Allen & Company Sun Valley Conference on July 06, 2021 in Sun Valley, Idaho. After a year hiatus due to the CVOID-19 pandemic the world’s most wealthy and powerful businesspeople from the media, finance, and technology will converge at the Sun Valley Resort for the exclusive week-long conference. (Photo by Kevin Dietsch/Getty Images)

The move comes as Sandberg, 52, is set to remarry this summer, to her second husband, Tom Bernthal, the CEO and co-founder of Kelton Global. Her first husband, Dave Goldberg, tragically died while the family was on vacation in 2015.

She cites “parenting our expanded family of five children” as one reason for her stepping down as COO of Meta. “Over the next few months, Mark and I will transition my direct reports and I will leave the company this fall.”

Sandberg says she will retain a seat on the Meta board.

Sandberg’s decision also comes in a time of transition for the company as a whole, less than a year after rebranding as Meta, with a newfound focus on moving away from the 2D social platform of Facebook to the metaverse. And it comes ahead of a midterm election in which Facebook will no doubt be blamed again for amplifying Trumpian lies, and as ongoing threats of federal regulation of social media still loom.

Sandberg’s background was previously in politics, and prior to joining Facebook she served as chief of staff to Clinton-era Treasury Secretary Lawrence Summers, after graduating from Harvard Business School. She then spent seven years at Google, as Vice President of Global Online Sales and Operations.

Back in 2008, Sandberg was instrumental in taking Facebook out of the original “Sheryl is feeling excited,” text-post and here’s-a-photo-of-my-cat era of the News Feed and into the modern era of data collection, algorithms, and targeted social-media advertising.

As she writes of those early days in her farewell post, “We had some ads, but they were not performing well, and most advertisers I met wanted to take over our homepage like The Incredible Hulk movie had on MySpace. One was so angry when I said no to her homepage idea that she slammed her fist on the table, walked out of the room, and never returned.”

Calling Zuckerberg “a true visionary and a caring leader,” Sandberg writes, “together we have been through the massive ups and downs of running this company.” She makes scant reference to the “downs,” but she writes, “The debate around social media has changed beyond recognition since those early days.”

She continues, “To say it hasn’t always been easy is an understatement. But it should be hard. The products we make have a huge impact, so we have the responsibility to build them in a way that protects privacy and keeps people safe.”

In a companion post of his own, Zuckerberg writes, “It’s the end of an era.” And he says he does not plan to refill Sandberg’s exact role.

“I’m not sure that would be possible [to replace her] since she’s a superstar who defined the COO role in her own unique way,” Zuckerberg says. “But even if it were possible, I think Meta has reached the point where it makes sense for our product and business groups to be more closely integrated, rather than having all the business and operations functions organized separately from our products.” He goes on to explain that the company’s Ads and Business Platform product group “will be closer to the Meta Business Group.”

“It’s unusual for a business partnership like ours to last so long,” Zuckerberg says. “I think ours did because Sheryl is such an amazing person, leader, partner, and friend.”

Top image: In this screengrab, Facebook COO Sheryl Sandberg speaks at the Step Up Together Digital Summit on September 09, 2021. (Photo by Step Up/Getty Images for Step Up)