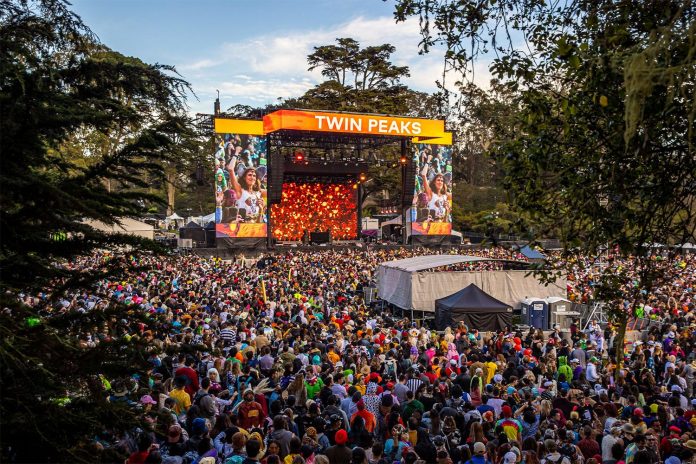 Friday Likely to Be the Best Weather Day at Outside Lands, But We Could See Three Sunny Afternoons

Right on schedule for Outside Lands weekend, it’s set to be a solidly pretty foggy Fogust weekend. But there’s almost always one nice-weather day, and it looks like it’s going to be today.

For as long as they’ve been doing Outside Lands in Golden Gate Park in August — since 2008 — it’s been the rare summer music festival where you need a lot of layers and you’re pretty much guaranteed not to overheat. That’s a good thing in a lot of ways, and the fog makes for some incredible natural lighting effects amid the Monterey pines during nighttime sets.

Still, it’s nice when the sun comes out for at least a few hours, as it usually does on at least one of the three days of the festival. And while it’s unwise to predict exactly how much sun the park will see this weekend, we now have a forecaster suggesting Friday is going to be the sunniest and most pleasant day at Outside Lands 2022.

The Weather Channel/Apple app forecast has highs of 66/67 in the city this weekend, and as of today it’s showing full sun on Sunday, with part clouds today and Saturday.

“Friday is looking to be the warmest day out of the bunch,” says Chronicle new in-house meteorologist Gerry Díaz, pointing to a high-pressure system to the east that will push the marine layer out over the ocean.

But! Díaz also adds, “every afternoon this weekend is looking pretty great for festival attendees,” which would be a switch from most years when the fog often lingers through most of the day on one or two days.

So, his advice, get out there early and enjoy it while it lasts!

Toronto-born, Bay Area-raised artist ODIE goes on at 1:30 p.m. on the Lands End Stage, and talented L.A.-based singer/songwriter Ashe is on the Twin Peaks Stage at 3:45.

There will be cool, foggy nights ahead, so follow our seasoned advice and pack/dress accordingly if you’re going. But you probably don’t need us to tell you this — it’s the teens who don’t listen or know any better and will be teeth-chattering by the end of the night.