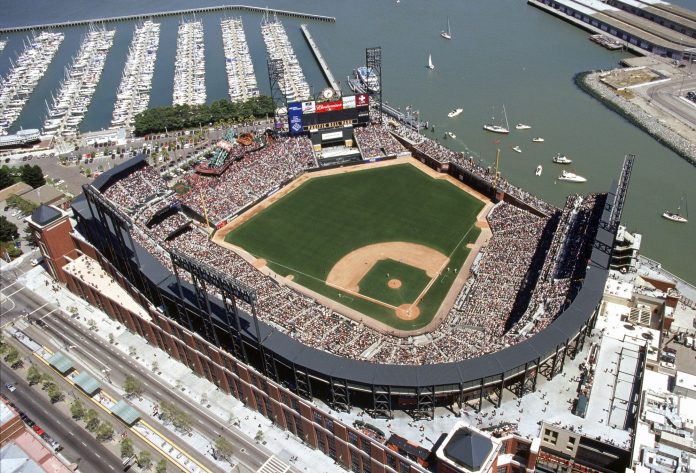 In negotiations described as ‘millionaires versus billionaires,’ Major League Baseball says they’ll start canceling regular season games if there’s no deal by February 28. It is now February 28, and there is no deal.

It is now the day which Major League Baseball declared was the deadline for a new deal in the ongoing MLB lockout, and if there is no deal by today, February 28, the league said it will begin canceling regular season baseball games, including the Giants Opening Day on March 31. Well, how are negotiations going? Let’s take a look.

We kid, we kid. But that joke is not far off from the reality of the situation. Though your best source of information right now is the CBS Sports MLB Lockout live updates, which tells us that negotiations did resume shortly before 4 p.m. PT, and we are likely in for a long night.

Commissioner Rob Manfred on way back: “We’re working at it” pic.twitter.com/vasSITXu7q

It’s important to note that February 28 is an arbitrary deadline that MLB simply pulled out of its rear end, and if there is a deal by Tuesday or Wednesday, we could still have a full 162-game season. But even then, you’re either talking about a shortened Spring Training (and the injury risks that presents), or extending the regular season out to, like, Thanksgiving (not gonna work from a weather perspective!). If you were betting on whether we first hear of a deal, or the delay of Opening Day, I would advise you to wage on the delay of Opening Day.

Why is MLB having a lockout? As the clever podcaster above points out, “The bottom line is this: the amount of money that teams have been making is going like that [gestures upward]. The amount of money players have been making has been going like that [gestures flatly]. That’s as simple as I can make it.” The larger fight is about how to split revenue, with a number of disputes about arbitration eligibility, luxury tax, and rookie minimum salaries.

The above screenshot from the Giants official website does not look good. You can still maneuver around the site to find tickets to their Home Opener currently scheduled for April 8 against the Miami Marlins, (they’re scheduled to open March 31 in San Diego against the Padres) and MLB will still gladly sell you that ticket.

But you’d better check on the return policy before doing so.

Update: The deadline for bargaining has been extended until 5 p.m. on March 1.

Related: Buster Posey Set to Announce His Retirement After 12 Seasons With the Giants [SFist]