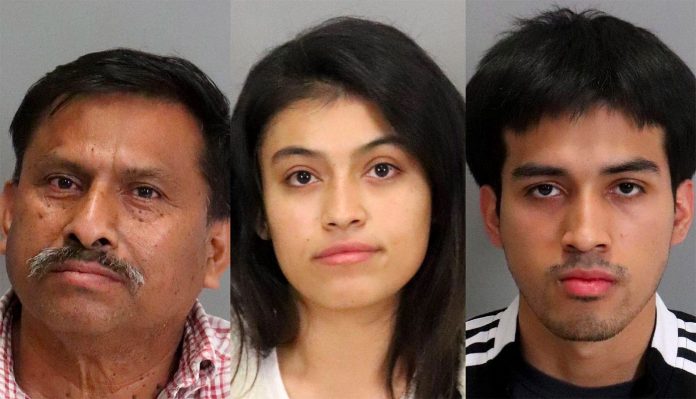 There are a couple of more developments in the disturbing case of a three-year-old girl who was allegedly murdered last fall by her mother, grandfather, and uncle in an “exorcism-like ritual” in a back-room San Jose church.

The case of the brutal asphyxiation death of three-year-old Arely Naomi Proctor in September just came to light this week, following a kidnapping case that was connected to the same small San Jose church, which is linked to a Pentecostal sect found only in California.

Prosecutors say that Proctor was killed in the course of an attempted exorcism by her mother, Claudia Hernandez, and her grandfather, known as Rene Huezo or Rene Trigueros Hernandez, a charismatic pastor of the church called Iglesia Evangelica Apostoles y Profetas. Investigators found that Claudia Hernandez came to believe her daughter was possessed by an evil spirit on or around September 23, 2021 — in part because she woke up screaming and crying.

Early on the morning of September 24, Hernandez and her brother brought the girl to their father’s church, and allegedly proceeded to try to force her to vomit up the evil spirits, through various means that involved gagging, squeezing, and choking her.

About 12 hours later, investigators say, the three-year-old was dead of asphyxiation and badly bruised, and police were not called until an hour or two after that.

Claudia Hernandez subsequently posted a chillingly nonchalant and remorseless video to YouTube, saying, among other things, that people had distanced themselves from her after the girl’s death.

“I could sit here and be negative and say ‘I wish I could go back.’ But there’s no point of me doing that. Because I cannot change what is. It is what it is,” Hernandez says in the video, which was obtained by NBC Bay Area.

Now, as the Mercury News reports, the girls’s uncle, 19-year-old Rene Aaron Hernandez Santos, and the grandfather, have also been arrested — quickly following news reports that questioned why only the mother had been charged in what clearly sounds like a crime committed by all three of them.

The two men have now been charged with assault on a child with force likely to produce great bodily injury resulting in death, which could come with a 25-year prison sentence if they are convicted. Claudia Hernandez has been in jail since January 31 and is being held without bail, and she has yet to comment publicly about the case — outside of that strange YouTube video.

San Jose police said in a news conference Friday that it was only after the full coroner’s report from the Santa Clara County Medical Examiner Coroner’s Office was released this week that “additional facts and details” led them to charging the girl’s grandfather and uncle.

The video below from 2020 shows the elder Huezo/Hernandez preaching at his church. He takes the dais in the second half of the video.

A video posted to YouTube in November appears to show the grandfather, identified as “Hermano Rene Huezo” of San Jose, preaching before another congregation in Texas — and becoming very animated and loud. This would have been two months after he allegedly participated in the death of his granddaughter.

Huezo’s church, on the 1000 block of South 2nd Street in San Jose, has also been linked to the April 25 abduction of three-month-old Brandon Cuellar, and police searched the premises after the boy went missing.

A suspect in the kidnapping, Yesenia Ramirez, and the boy’s mother and grandmother, are all known to be members of the congregation. Otherwise there does not appear to be any link to the death of Proctor.