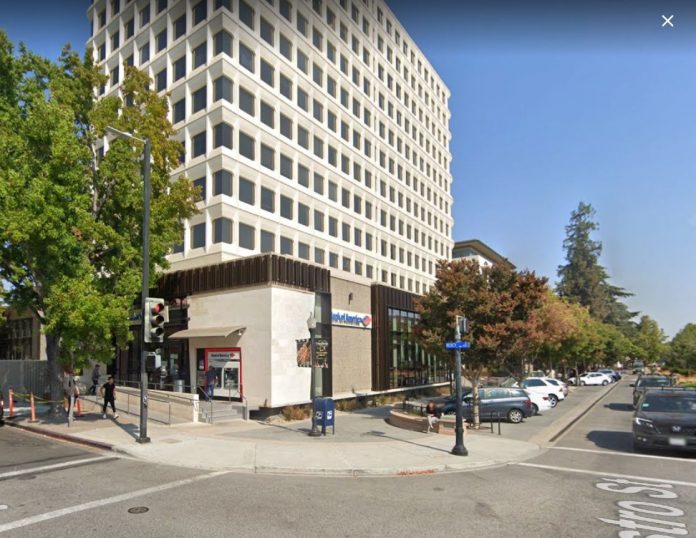 A July 1 incident where an unsheltered woman allegedly strangled a teen in a hijab and called her a “terrorist” will be heard as a hate crime in a Santa Clara County courthouse today.

The above corner of Castro and Mercy Streets in the city of Mountain View was the scene of a disturbing attack the afternoon of July 1, in a case being heard in a Santa Clara County courthouse today. On that day earlier this summer, 43-year-old homeless woman Atoosa Biglari allegedly launched an unprovoked physical attack on an 18-year-old woman who was wearing a hijab (headscarf). The case is being prosecuted as a hate crime, as according to the Chronicle, Biglari called her a “terrorist” and accused her of “hacking.”

That account is backed up by two eyewitnesses at the scene, who say they saw Biglari pull the young woman’s headscarf as she screamed for help. Per the Chronicle, “The women said they also saw Biglari push the teenager into a wall and put her hands around the teenager’s neck.”

“We have no tolerance for those whose intolerance crosses the line into criminality and violence,” Santa Clara County District Attorney Jeff Rosen said in a statement quoted by KTVU. “Hate has no home in Santa Clara County. We also commend the courage of the two women who quickly stepped forward to assist the victim.”

This is not Biglari’s first violent incident, in fact, not even the first of this summer. KTVU adds, “Biglari also faces charges of brandishing a deadly weapon in a rude, angry, and threatening manner, which stemmed from [an] earlier incident on June 24, where she threatened another woman with a pair of scissors.”

Biglari is scheduled to be arraigned today. According to KTVU, it is unclear whether she has an attorney.

Related: A Violent Weekend at People’s Park In Berkeley With a Hate-Crime Assault, Arson and More [SFist]