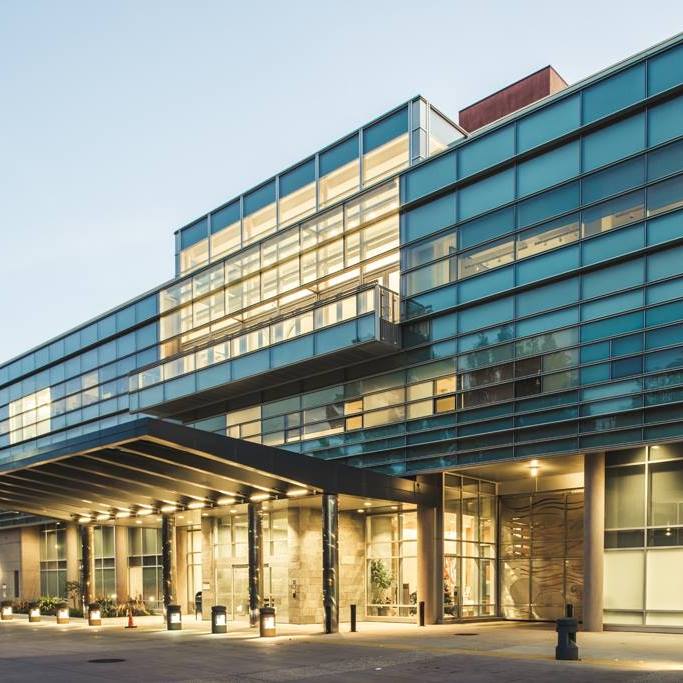 Laguna Honda Presents Plan to Shut Down and Relocate Nearly 700 Patients, Even Though They May Not Have To

The feds are demanding that Laguna Honda hospital present a plan to close down and move nearly 700 patients out, and the Board of Supervisors grilled the care facility’s leadership Tuesday on whether this DEFCON 1 scenario could actually happen.

You know that you and your co-workers are up shit’s creek when federal regulators are threatening to shut your site down and evict your workplace. And then the SF Board of Supervisors calls you in on the carpet for a special emergency hearing to determine what on earth is going on, and you begin your statement with “I am the interim CEO at Laguna Honda hospital, a position I have held for the last 12 days.”

But that was the situation faced Tuesday afternoon by Roland Pickens, CEO of the San Francisco Health Network and not the current interim, last-second fill-in CEO of Laguna Honda. He was just thrown onto the job when Laguna Honda was threatened with termination of all Medicare and Medicaid funding, which accounts for about two-thirds of the city-run hospital’s budget.

And now the Centers for Medicare & Medicaid Services (CMS) is demanding that Laguna Honda present a plan to shut the entire place down by mid-September, prompting a Tuesday special session with the Board of Supervisors to explain what the heck is going on here, and whether it really is a possibility that the 156-year-old hospital institution will be ordered closed by the feds.

Can #SanFrancisco continue to run #LagunaHonda Hospital? The hospital has taken up reform efforts blithely. San Franciscans need and deserve a functional Laguna Honda but @sfgov has not demonstrated the capacity to run it safely and effectively.https://t.co/lW44Uq17ep

With over 700 beds, Laguna Honda hospital is one of the nation’s largest skilled nursing facilities, and happens to be the only remaining one the country that is still publicly-owned. But this year they have been decertified by the CMS after a series of public miscues, including illegal drug overdoses among patients on their watch. And when a hospital loses its certification, federal regulators require them to not only present a recertification plan, but also to present a plan to shut down entirely and move every single patient out of the place, on the chance that they don’t get their certification back.

Yes, that seems insane. “The idea that the path to continuing to provide these critical services for the most vulnerable people is to kick them all out so that we can bring them all back is absolutely bonkers,” Supervisor Dean Preston said Tuesday.

“This is some Kafka-esque nonsense,” as Supervisor Rafael Mandelman described it.

“This is so cruel,”Supervisor Ronen added. “This is so extraordinary in the worst of ways.”

Image: SF Board of Supervisors

Why is this happening? The bureaucratic nightmare is timelined above, and started in July 2021. That’s when two patients overdosed on illegal, recreational drugs that they presumably acquired while out on “day passes” (both survived thanks to Narcan). Per regulatory rules, Laguna Honda had to notify the state DPH about this, who then performed investigations. A subsequent investigation in March found someone smoking cigarettes in a communal bathroom, and another patient who had a cigarette lighter near an oxygen machine.

Image: SF Board of Supervisors

And that triggered the nuclear option, with CMS yanking all Medicare and Medicaid funding. The CMS actually cut them off of Medicare and Medicaid in mid-April, but then gave them an extension for four months  — but only on the condition that Laguna Honda not only initiated a re-certification plan, but actively started moving patients out too. And at this point, they have moved more than a dozen out.

The Medicare/Medicaid funding extension is tied to the closure plan, so, bizarrely, they have to boot patients out (albeit in small numbers thus far). So while Laguna Honda fights to get its certification back, they must simultaneously be presenting and implementing a plan to kick all of their nearly 700 patients out by September 15.

“Those are two incongruent ideas, but yet, that’s where we find ourself,” Pickens told the board. “Perhaps they offer us some accommodation. But that accommodation has not extended at this point.”

The board can’t really even do anything about any of this, the fate of Laguna Honda lies with federal and state regulators. Tuesday’s board hearing was just an informational session, there was nothing for them to vote on. Still, Supervisor Myrna Melgar (in whose district the hospital sits) proposed to move any further board hearings on the matter out to September 13, because in her words, “that is about the next time for recertifications.” The board unanimously approved the postponement to September hearings.

The only elected officials who can probably sway those state and federal regulators are powerful D.C. congressional Democrats like Nancy Pelosi and Dianne Feinstein, and they’ve made ostensible but perhaps empty efforts. Pelosi sent out an April statement saying, “My office is working closely with Mayor Breed and the Biden Administration to support Laguna Honda’s devoted staff,” Feinstein sent her own letter that “urged [HHS] Secretary Xavier Becerra to reverse the recent decision by the Centers for Medicare and Medicaid Services.”

If that’s their idea of arm-twisting, it wasn’t enough. So, yes, while hopefully unlikely, the possibility is on the table that the feds will shut down Laguna Honda at the end of 2022.