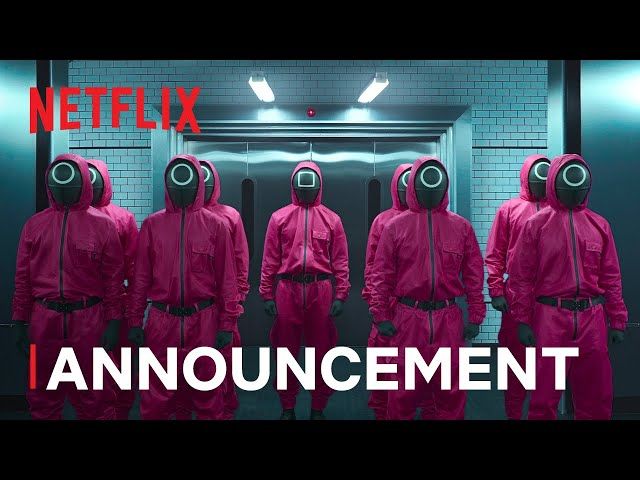 Even if you were not among the people who contributed to the 1.65 million+ viewing hours Squid Game accumulated in its first month after premiering, you’ve likely heard at least something about it. Now, there’s another show that could absorb and shock viewers: Squid Game: The Challenge.

The plot of Squid Game, for the uninitiated, basically involves a group of hundreds of people with massive debts to pay off who all accept an invitation to participate in a “game show” to win money. They were told they’d be playing children’s games, but when they begin playing, they learn the contests involve fighting for their own lives and occasionally taking other people’s, and this is all just the sick creation of a sadist, all wrapped up in East Asian cultural tropes involving debt-related shame and late-stage capitalism.

Now, ahead of the already green-lighted second season of Squid Game, Los Gatos-based Netflix is giving us another show that could absorb and shock viewers: Squid Game: The Challenge. This one is a real-life game show inspired by the fictional version of its namesake — but without the murder.

Just like in the original show, there will be 456 contestants in the new version, which Netflix says in the largest of any reality show in history. The streaming platform describes the series as “Netflix’s biggest ever social experiment.”

Netflix doesn’t say what the tournament may include, but says some of the competitions will be inspired by the original show. Other matches, it says, will be new additions.

“This supersized unscripted show turns the scripted world of the drama into reality. Real-life players will be immersed in the iconic Squid Game universe and will never know what’s coming next. Here they’ll compete in a series of heart-stopping games in order to become the sole survivor* and walk away with a life-changing cash prize,” the U-S based casting website says, with a note clarifying that the participants won’t actually be harmed.

Each player will be fighting for a $4.56 million prize that will go to the last person standing. That’s also a record-setter, taking the spot as the biggest lump-sum cash prize in reality television history.

The recruitment website for the show says that it’s looking for English speakers only, though participants can come from anywhere in the world.

“The stakes are high, but in this game the worst fate is going home empty-handed,” the casting site says.

The series will be ten episodes long. The project is a joint-venture between Studio Lambert and The Garden, and will be filmed in the UK. Netflix’s Vice President of Unscripted and Documentary Series, Brandon Riegg, says the show will be full of unpredictable tension and twists.

“Squid Game took the world by storm with Director Hwang’s captivating story and iconic imagery. We’re grateful for his support as we turn the fictional world into reality in this massive competition and social experiment,” said Riegg. “Fans of the drama series are in for a fascinating and unpredictable journey as our 456 real world contestants navigate the biggest competition series ever, full of tension and twists, with the biggest ever cash prize at the end.”

Squid Game has also been renewed for season 2. The first season was the most popular Netflix series of all time.

Facebook
Twitter
Pinterest
WhatsApp
Previous articleLaguna Honda Presents Plan to Shut Down and Relocate Nearly 700 Patients, Even Though They May Not Have To
Next articleCalifornia Man Charged With Trying to Kill Justice Brett Kavanaugh Was Convinced to Call 911 On Himself By Sister