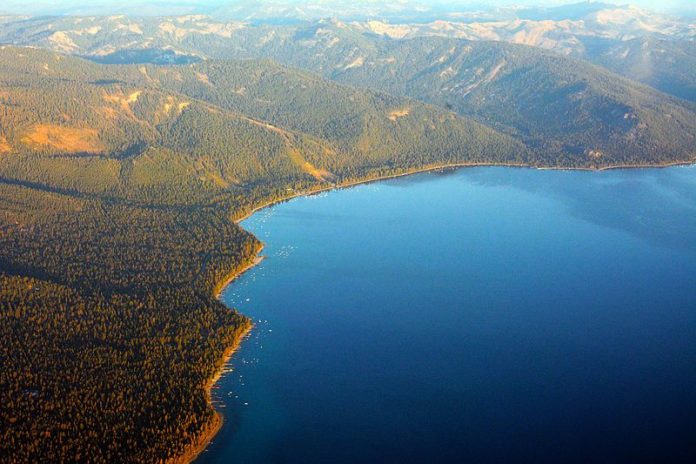 The famous clarity and blueness of Lake Tahoe has been slowly changing in recent years, thanks to a combination of erosion, litter, and of course wildfire smoke and ash.

The famous “Keep Tahoe Blue” sticker has been a staple on California cars for decades. But for even longer than that sticker has existed, namely since 1968, there has been a team of scientists evaluating whether or not Lake Tahoe is, in fact, remaining blue, and to what quantifiable degree. That group is the UC Davis Tahoe Environmental Research Center, and the Chronicle reports that according to their latest findings, Lake Tahoe’s water is slowly becoming murkier over the years.

While these analyses are the work of highly trained and credentialed researchers, in the case of Lake Tahoe, it’s a pretty simple test they conduct year after year. They conduct the test by slowly sinking a white plate, essentially — a 10-inch white disc — into various parts of the lake, measuring at what depth it is no longer visible.

“Recent years have presented evolving and new threats to Lake Tahoe as climate warming, floods, droughts and wildfires impact the lake in ways that are not fully understood,” the UC Davis Tahoe Environmental Research Center said in their most recent statement.

Obviously, factors like last year’s Caldor Fire are a major contributor to making Lake Tahoe’s water murkier. Both California and Nevada lawmakers have a goal to restore the average clarity to 97.4 feet. Their announced objectives, in the Chronicle’s words, are to “reduce the amount of erosion, pollutants and litter entering the lake,” and “foster a greater awareness,” but they have announced no explicit, concrete steps toward doing this.

Facebook
Twitter
Pinterest
WhatsApp
Previous articleFriday Morning Constitutional: Another Round of King Tides Is On the Way
Next articleBallot Measure Heads for Approval That Would Create Oversight Commission for SF’s Dept. of Homelessness