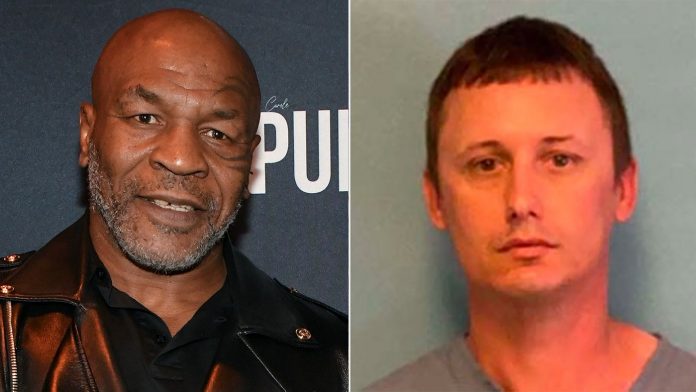 San Mateo County District Attorney Steve Wagstaffe says that no criminal charges are going to be filed against heavyweight champ Mike Tyson for that videotaped beating gave to a fellow passenger on a JetBlue flight out of SFO last month.

As you likely recall, Tyson was in San Francisco to attend the 4/20 event in Golden Gate Park, helping to promote some sort of app and also his own recently launched weed gummies — they’re in the shape of ears, get it? — when he boarded a redeye flight at SFO to head to Miami for another cannabis event. Tyson was sitting in what appeared to be a first-class seat on the JetBlue flight, and reportedly he had been cordial with the man sitting behind him who chatted him up and asked for a selfie.

That man, now identified as Melvin George Townsend III, apparently continued drunkenly berating Tyson and soon annoyed him, leading to the incident caught on video and immediately sent to TMZ in which Tyson leans back over his seat and pummels Townsend.

Both men were subsequently escorted off the plane, and Tyson ended up having to catch a later flight and missing one of his engagements at the cannabis event in Miami.

Townsend, a true Florida Man who has an extensive criminal record of his own back home, declined to cooperate with arriving SFPD officers, though he did soon hire a lawyer as this story blew up.

Tyson was not detained, and soon left the Bay Area.

DA Wagstaffe now says that his office has reviewed the police report and the video, and they will not be charging Tyson with misdemeanor battery or any other crime, as KTVU reports.

“We now deem the case closed,” Wagstaffe said in a statement Tuesday.

It remains unclear whether Townsend is going to try to eke some sort of civil settlement out of this, via that aforementioned attorney.