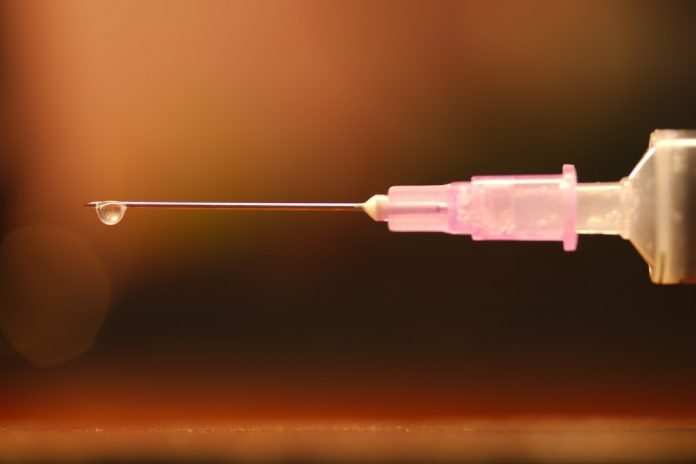 San Francisco’s queer community is following a trajectory similar to what unfolded a month ago in Berlin, with experts fearing that a wider outbreak of monkeypox could be afoot. But where are the vaccine supplies?

Unlike with COVID, the monkeypox vaccine, derived from the long-extant smallpox vaccine, is effective even after a person is exposed to the monkeypox virus. That has meant a sudden spike in demand for the vaccine after two large Pride weekend parties in SF sent notices to attendees earlier this week about likely infected individuals having attended.

While the SF Department of Public Health (DPH) has said that anyone is eligible for the vaccine who attended a party where such an exposure was possible, limited supplies of the Danish-made Jynneos vaccine have meant that some locations — like the Strut clinic in the Castro — are using stricter guidelines for eligibility.

Strut, which is operated by the SF AIDS Foundation, tells the Chronicle that they only received 60 doses of the Jynneos vaccine. That’s not nearly enough to administer to every one of the couple thousand people who attended the Afterglow and Electroluxx parties over Pride weekend, where exposures may have occurred.

DPH received 2,000 doses as of Thursday, per the Chronicle, but it does start to seem like everyone was highly unprepared for this outbreak, even despite the lessons of Spain, Germany, and the UK over the last six weeks. Similarly, New York City had glitches in its vaccine rollout this week, with limited doses available and a messy appointment system.

“I’m a person who’s been living with HIV for 18 years and have a lot of concern about how woefully unprepared we are in this country to respond to this,” says Tyler TerMeer, CEO of the AIDS Foundation, speaking to the Chronicle. “It feels like that urgency is not there, which is hard to digest when you are someone who is queer identified and knows the history of what’s happened to our community.”

SF had 16 total confirmed monkeypox cases as of June 29, and that rose to 40 as of July 5. The number is likely to rise significantly again when the department provides its next update next week.

Similarly, Berlin had just 50 cases in early June, but by last week the number was 836.

There have been no fatalities from monkeypox so far, however local experts say that not all cases are mild or easily recovered from. The virus begins to present itself with flu-like symptoms, and those are followed by pustules or lesions on the body — with the most severe cases including these occurring in the eyes, mouth, or anus. The virus is spread through close skin-to-skin contact — often, but not necessarily, intimate or sexual contact — and can be spread from shared bed sheets as well. Experts have also suggested an airborne component to the virus, but they caution it is not the same airborne transmissibility as COVID.

DPH tells the Chronicle that they are short-staffed, which has led to their clinic having to put COVID vaccinations on hold, and they have not had time to respond to the hundreds of voicemails left by party attendees worried about their possible exposure.

In related news, it’s apparently super easy to get the monkeypox vaccine in Canada.

Previously: Monkeypox Likely to Have Spread During SF Pride; 40 Total Cases In the City As of This Week