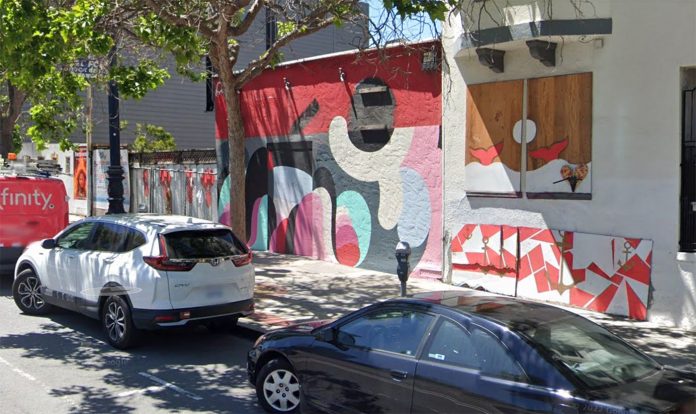 San Francisco still has plenty of LGBTQ bars and clubs, though fewer than it had a decade ago. We’ve lost The Stud, The Lexington, Marlena’s, and The Gangway, to name a few, mostly before the pandemic even began. But now one bar that closed a full seven years ago is making a comeback, at maybe just the right time.

Truck owner Paul Miller has secured a deal to bring the legendary bar back in a new location: the vacated former Lucky 13 at 2140 Market Street (between Sanchez and Church).

“As much as I don’t need the stress of another business right now, I feel like the Castro needs this,” Miller says. “The Castro isn’t as fun anymore as it should be, and I want to give locals a reason to come back and make it their weekend stomping grounds again.”

And, Miller notes, the move feels appropriate since Lucky 13’s interior was one of the inspirations for the roadhouse decor of the original Truck.

In the years since Truck shuttered in 2015, Miller opened and closed Rebel, a small nightclub at 1760 Market whose space has remained vacant for years; and he is the co-founder of The Academy, an LGBTQ private social club a few doors up from the former Lucky 13 space. But now, he says, it’s time to revive Truck for a new era — at least for a couple of years, as the property owner still has designs on a condo building that will likely start construction around then.

“We’ll be bringing back regular hosts at Truck like Sister Roma, and people who launched their own parties there like Suppositori Spelling and Lindsay Slowhands,” Miller says.

The idea is to be open primarily on weekends, with some special events and private parties on other days — and the bar will not be wide open and will have something of an insider-y bent, given liquor license arrangements, with invitations/ registrations required before attending parties there.

The original Truck opened in 2007, and was off on its own in a different neighborhood, at the edge of the Mission District at Folsom and 15th streets. In addition to drag shows, theme-party nights, and being a reliably packed destination after street fairs like Dore Alley and Folsom, the place also infamously hosted raunchy Tuesday night underground parties where passwords were required for entry.

Truck 2.0 will host a range of events — and one already advertising on Facebook, Strip Steak Sundays, is adverting “live strippers” and “cheap-ass drinks.”

As for Lucky 13, the owner there decided to give up the ghost a few months into the pandemic, knowing that the bar’s days were numbered anyway. And as Hoodline noted a few months ago, its recognizable sign now lives in the Mission, at Bender’s Bar & Grill.