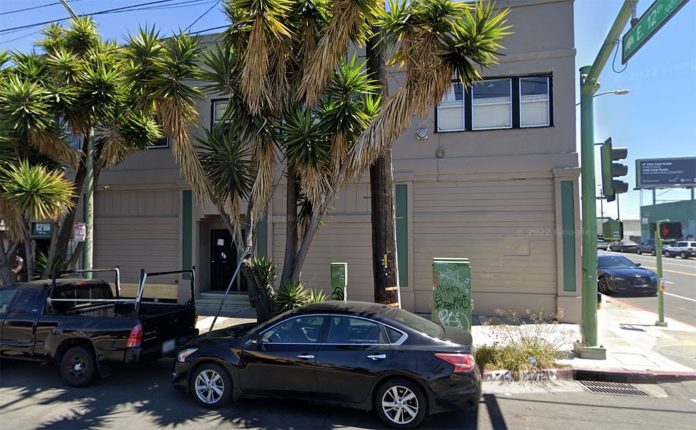 A kooky church in Oakland that believes in the spiritual power of hallucinogens has now filed suit against the city and the Oakland Police Department over a raid two years ago in which police took cash, cannabis, and mushrooms.

The civil lawsuit, filed last Friday, contends that the City of Oakland, its police department, and one particular police officer violated the First and 14th amendments by discriminating against the religious beliefs of the Zide Door Church of Entheogenic Plants. The church — founded in 2019 not long after the city decriminalized the possession and use of psilocybin mushrooms and other plant-based hallucinogens like ayahuasca — was raided in August 2020 after police said they received a tip that it was selling cannabis and other drugs without a dispensary permit.

The police seized $200,000 worth of mushrooms and cannabis, as well as some cash and computers, and Zide Door is now suing to get those things back. The suit also contends that police did $50,000 in damages to the church facility in conducting their raid.

Zide Door’s founder, Dave Hodges, has longstanding roots in Bay Area cannabis circles, and was formerly part of the San Jose Cannabis Collective. But Hodges maintains that the church was doing nothing illegal in its distribution of its “sacrament” in the form of ‘shrooms and weed, and it was the cops who acted illegally.

“This is not just an excuse to sell drugs,” said Hodges in a statement to the Chronicle. “This is what we truly believe is the origin of all religion and really what religion should be.”

The church’s complaint contends that it never sold drugs, but only distributed them to parishioners who each paid $5 membership fees. Parishioners can also come and collect their “sacrament” and make donations to the church when doing so. There is no limit to how much cannabis or mushrooms each person can take in one visit.

Zide Door hasn’t held regular services since the pandemic began — Hodges tells the Chronicle that he’s held only one service, in February 2022 — but back before COVID services would begin with a passed joint. The church doesn’t allow psilocybin use on the premises, and encourages people do that at home or in another safe environment where no driving will be required for eight hours.

When SFist first reported on the raid, Hodges said the church had around 20,000 members, but the Chronicle now reports that Hodges has issued 60,000 membership cards — and he says that around 200 members show up each day to pick up their cannabis or mushrooms.

If all the members are paying their dues — tithe? — that would mean Hodges could be pulling in $300,000 a month.

“This is the first for-profit religious establishment I’ve seen in my 28 years as an Oakland cop,” said Oakland police captain Rendell Wingate speaking to KPIX two years ago, when the raid occurred.

Whether the church’s case has any legal legs remains to be seen — and two UC Berkeley law professors disagree on the merits in comments to the Chronicle. On the one hand, Zide Door and its attorneys may be able to persuade a judge that its religion — ostensibly the Church of Ambrosia, which boasts only one location and it’s this one — requires the use of psychedelics and that police misconstrued its intentions. But on the other, state laws are pretty clear about where and how recreational cannabis can be distributed and there are no religious exemptions to that on the books — and one expert, UC Berkeley Law School Dean Erwin Chemerinsky, suggests that a First Amendment argument isn’t likely to prevail in a state law prosecution like this.