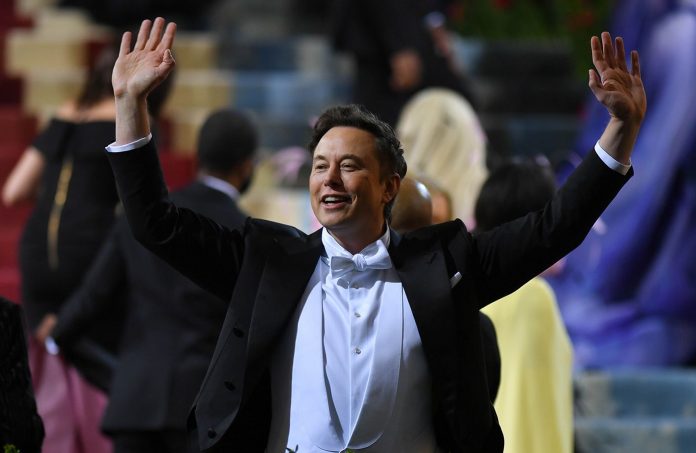 The same publication that named him Person of the Year last year, Time Magazine, has now published an opinion piece about how we all need to “look beyond” Elon Musk and stop thinking that he is the singular visionary he’s convinced many he is.

The Time piece, by Canadian tech writer Paris Marx, argues that among Musk’s other less awesome qualities, he’s been a bit of naysayer and spoiler for public transit and any infrastructure projects that might actually be feasible, if they don’t fit his notion of what the future should look like. In particular, Marx concludes that Musk’s Hyperloop proposal was specifically designed to derail and maybe halt California’s high-speed rail project — even though Musk and his companies never had any real plans to build a Hyperloop from San Francisco to Los Angeles or anywhere at all.

“He has a history of floating false solutions to the drawbacks of our over-reliance on cars that stifle efforts to give people other options,” Marx writes. Marx is also the author of a book, The Road to Nowhere: What Silicon Valley Gets Wrong About the Future of Transportation, and in it he quotes Musk via his biographer Ashlee Vance about his hope of influencing CA legislators.

The piece is part of a recent spate of negative press about Musk that seems to be a collective rethinking of how he’s been so publicly lionized for being rich and smart and beyond reproach.

We’ll set aside Musk’s infuriating battle with Alameda County to get the Fremont Tesla plant back open in violation of COVID safety protocols, and the multiple claims about racism and sexual harassment being tolerated on the floor of the plant. The Great Musk Backlash started in earnest this spring when, after launching a hostile takeover of Twitter, Musk began trolling the company, mid-stream in a merger process, about the number of spambots on the platform — seemingly in an effort to back out of the deal that he himself proposed and signed without many caveats.

Tesla’s stock price took a hit in the process, and with it Musk’s net worth, and then we had the May arrival of sexual misconduct charges from a SpaceX flight attendant who claimed Musk exposed himself during a massage — which Musk dismissed out of hand as some sort of Democrat Party “dirty tricks” campaign, using the term “Elongate” as a pun-ny joke.

After Twitter filed suit against Musk in Delaware Chancery Court, Musk has been fairly well dragged in the press and on social media — though not by his most loyal fanboys — over this whole, seemingly not-well-thought-out business debacle. As lawyers for Twitter were able to point out in a response to a counterclaim last week by Musk, the source for Musk’s claims about spambots was allegedly a publicly available tool called Botometer that itself had deemed Musk’s own Twitter account a likely bot.

New York Magazine has a whole package of articles this week on Musk, none of which is super-flattering, with Lane Brown writing in the intro piece, “[Musk] had always been sui generis, but [Tesla’s recent rise to a $1.3T company] is when he became the Elon Musk we know today — a master of atoms, bits, and bullshit who begs our awe, skepticism, and irritation in ever-shifting proportions and whose record-breaking fortune may be only the tenth-most-interesting thing about him.”

There’s another NY Mag piece about how The Boring Company, another of Musk’s seemingly joking business ideas that came out of nowhere in response to his hatred of LA traffic, is his “biggest boondoggle.”

Jalopnik made hay last year over the opening of The Boring Company’s first working “hyperloop” tunnel, a 1.7 mile hole in the ground underneath the Las Vegas Convention Center in which 11 Tesla Model 3s are now able to drive at a maximum speed of 35 miles per hour, “which is about 10 mph less than the top speed of a 1908 Ford Model T.”

This is because when Musk dreamed up the Hyperloop as a thought experiment a decade ago, he was reacting to the relatively slow and expensive technology being employed in California’s many-billion-dollar, behind-schedule and over-budget high-speed rail project.

“How could it be that the home of Silicon Valley and [NASA’s Jet Propulsion Laboratory] — doing incredible things like indexing all the world’s knowledge and putting rovers on Mars — would build a bullet train that is both one of the most expensive per mile and one of the slowest in the world?” Musk wrote back in 2012 about the high-speed rail project.

His idea? Pods that would whisk people in four-meter-wide vacuum tubes at speeds up to 700 miles per hour. Sound fantastical? Well it was, and Musk admitted at the time, “While we are not developing a commercial Hyperloop ourselves, we are interested in helping to accelerate development of a functional Hyperloop prototype.”

Jalopnik followed up with Vance, who said “there’s no part of me that believes Elon was trying to kill public transport so people would stay in cars.” And Vance thinks the whole thing was something Musk just “blurted out” versus a truly intentional spoiler for a real project.

In the Time piece, Marx makes a link between Musk’s far-fetched proposals and fixation on Mars to the science fiction of decades past, and how Ursula K. Le Guin dismissed much of it “imperialistic,” and promoting the notion that “space and the future are synonymous: they are a place we are going to get to, invade, colonize, exploit, and suburbanize.”

Le Guin believed that science fiction wasn’t about the future, but about our present dreams and fantasies, and problems arise when “we succumb to wishful thinking and escapism, and our science fiction gets megalomania and thinks that instead of being fiction it’s prediction.”

Megalomania is certainly one thing even Musk probably wouldn’t deny being vulnerable to.

Marx concludes, “For years, Elon Musk sold us fantasies to distract from the reality of the future he’s trying to build, and to get people to accept his growing belligerence. What we really need right now is not more cars, colonization dreams, and technokings, but a collective project to improve the lives of billions of people around the world while taking on the immediate challenges we face regardless of whether it generates corporate profits. That’s something Elon Musk can never deliver.”

Related: ‘Botometer’ That Musk Used to Make Counterclaim About Twitter Spambots Once Deemed Musk Himself a Likely Bot

Top image: Elon Musk is seen at the 2022 Met Gala Celebrating “In America: An Anthology of Fashion” at The Metropolitan Museum of Art on May 2, 2022 in New York City. (Photo by NDZ/Star Max/GC Images)