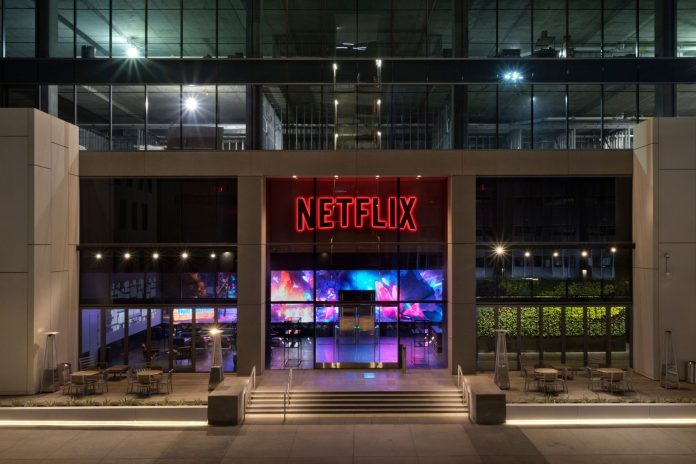 Netflix has now committed to an ad-supported, lower-cost subscription package with Microsoft handling the ads, in an effort to boost the company’s bottom line and lure back some customers.

The bad PR headlines for Netflix lately have involved their greenlighting of needlessly transphobic Dave Chapelle specials and a not particularly trans-friendly workplace culture. But the company has bigger problems, namely, with money. The service is hemorrhaging subscribers, and has had rounds of layoffs not once but twice in just the last two months.

Netflix execs announced with their last poor earnings report that the company was going to try to stop the bleeding by adding a new, cheaper tier supported by ads. And that is now official, as The Verge reports that Netflix is partnering with Microsoft to handle the ads, on this new cheapo tier.

“In April we announced that we will introduce a new lower priced ad-supported subscription plan for consumers, in addition to our existing ads-free basic, standard and premium plans,” Netflix COO and Chief Product Officer Greg Peters said in a company blog post. “Today we are pleased to announce that we have selected Microsoft as our global advertising technology and sales partner.”

Now “a new lower priced ad-supported subscription plan” doesn’t mean free. And if people aren’t willing to pay even $9.99 a month for Netflix, is knocking a few dollars off of that cost really going to lure more subscribers?

In addition to no information on what this lower pricing would be (let’s guess $5/mo), there is also no timeline announced for the launch of ad-supported Netflix. Peters merely said, “It’s very early days and we have much to work through.”

In addition to introducing this ad-supported tier, Netflix co-CEO Reed Hastings said in April that the company was looking to create a new family plan structure, and to crack down on account sharing. With people sharing accounts and passwords for years, this could backfire and lead to lost subscribers if the crackdown gets too cumbersome, but the idea would be to gently call out those accounts that are being shared across households, and push them to pay for a slightly more expensive family plan with some cap on the number of simultaneous sign-ins.

There’s also no announced timeline on when that option is getting introduced.

Related: Netflix Tells Employees They Can Seek Other Jobs If They Object to Content [SFist]