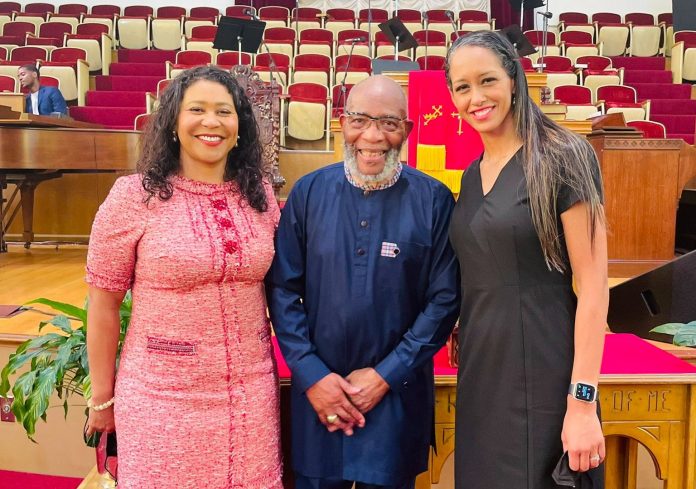 Brooke Jenkins put her stamp on the office she was appointed to with four new women hired as top staffers, but she fired a bunch of women too, yet more importantly, may have eliminated a future rival by hiring Nancy Tung.

Last Friday, newly appointed San Francisco District Attorney Brooke Jenkins pulled her senior staffers together for their first meeting of her her tenure, and SFGate reported that Jenkins “concluded the meeting by telling people in attendance that no one would be fired on Friday, but she plans on meeting with people in the near future for a possible ‘reshuffling’ of the office.” She didn’t say people wouldn’t be fired next Friday!

And fired the next Friday many of them were, over the course of this morning and the last few hours. We’ll get to that Red Wedding bloodletting in a moment, but first, more fresh fallout from last Friday’s meeting…

On Wednesday, the Examiner published a story with further reporting on last Friday’s internal meeting that contains the phrase “Jenkins told staff in the DA’s office that she wanted to ‘calm the waters’ and ‘extend a hand,’ according to a recording of the meeting obtained by The Examiner.” Now SFGate reports that Jenkins is furious that someone recorded that meeting without her consent, and she may or may not have fired the guilty party in today’s staff shakeup.

I am thrilled to announce new members of my management team of experienced prosecutors that will help our office deliver on my promise to improve public safety, hold offenders accountable, advocate for victims, and enact smart criminal justice reforms. https://t.co/QgSgFtzSWW

Jenkins announced the hiring of her new senior management team today, touting in a press release that they include “three women of color, with decades of prosecutorial experience at the highest levels.” The Chronicle noted that “Jenkins has appointed a cadre of women to lead her management team,” but on the flip side, Jenkins also gave several women the ax today.

But the real high-risk, high-reward move here is hiring Nancy Tung as chief of special prosecutions. Tung ran for DA in 2019, coming in third, and just three months ago said she wanted to run again if Boudin were recalled. So Jenkins has either eliminated a future rival by bringing Tung onto the team, or elevated a rival who clearly has eyes on her job.

After all, if Boudin runs again against Jenkins, and Nancy Tung runs too, Boudin likely cakewalks to a ranked-choice win as Jenkins and Tung split the anti-Chesa vote.

Only likely justification is to clear out the ethics professionals who might question Jenkins, who has a long history of ethically challenged conduct.

But the flip side of today’s hires are that several pretty respected attorneys and staffers were fired. The above-named Arcelio Hurtado told the Chronicle that Jenkins “lined us up, essentially, one by one today, 15-minute phone calls, and fired us all without cause, and would not state any reason for why we were fired.” The Chron estimates that 15 staffers were fired, Mission Local’s Joe Eskenazi pegs that total at 16.

While en route to Santa Barbara for a wedding with fam, new SF DA Brooke Jenkins called and fired me on spot. Odd choice to fire a non-management felony prosecutor in the courtrooms every day that never lost a case (~40 preliminary hearings and grand jury indictment). Thread 🧵

These firings are actually totally normal, Boudin did the same thing when he took office. But whether or not Jenkins managed to fire the person who surreptitiously recorded last week’s meeting (Does she know who did it? Does that person still work for her?), there was clearly some sort of mini-revolt in that information leaking out. Plus Jenkins has hired an ambitious assistant in Tung who has flat-out said she wants Jenkins’ job.

Facebook
Twitter
Pinterest
WhatsApp
Previous articlePresidio Tunnel Tops Park Opens to the Public This Weekend, At Long Last
Next articleDay Around the Bay: 40 Cases Dropped by Contra Costa District Attorney This Week Because of ‘Moral Turpitude’ Among Police Officers