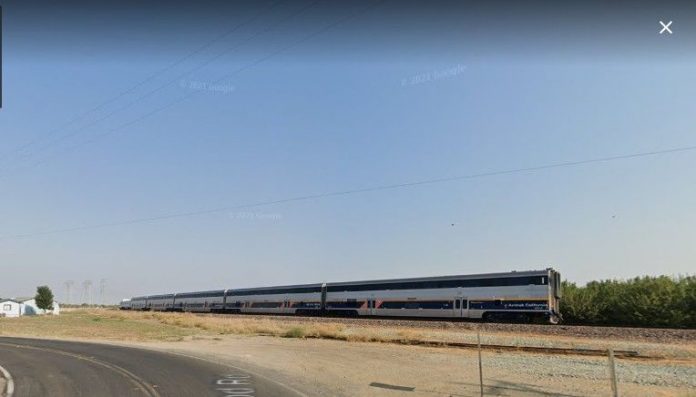 Three days after an Amtrak train ran into a Honda sedan at an unmarked railway crossing in Brentwood, a nine-year-old boy has succumbed to his injuries and became the fourth person to die from the crash.

In the wake of a fatal Amtrak collision in Brentwood a week ago Sunday, wherein a Honda sedan was struck by a swiftly moving train at an unmarked rail crossing that had no rail guards or signals, we initially earned that three people had died at the scene. Three more were hospitalized, with the Chronicle reporting at the time that “one child [was] taken to a hospital via ground transport.”

We just learned more about that child, and the news is terrible. The Bay Area News Group reported Tuesday that the child has died after being taken off life support at UCSF Benioff Children’s Hospital in Oakland. The victim was Julian Nieves of Dixon, California. He was nine years old.

Previous media reports have described the three fatal victims as Julia Mondragon (41), Mercedes Regalado (51), and Maria Nieves (72). A GoFundMe for Mercedes Regalado indicates the Regalado and Mondragon families are related by marriage. Young Julian Nieves has the same last name as Maria Nevies, so those two were likely related. Per the Bay Area News Group, all six victims were inside the same Honda vehicle.

This crossing is reportedly highly problematic from a safety standpoint. “The train crossing is on a private dirt road with none of the gates, bells, or lights that typically serve to warn passers-by of oncoming trains at crossings on public roads,” the news group says. “Area residents expressed shock but little surprise at the news of the crash at that site, which has seen seven reported crashes since 1985. A similar crossing a short distance away has had 10 reported crashes, including one in 2011 that injured 57 people.”

And to make this more heartbreaking, the news group reports that the family involved had just attended a memorial service at a nearby winery for another Brentwood resident. The Bay Area News Groups says that “The June 26 crash occurred 300 feet away from a fundraiser for a Brentwood resident who died a week prior,” and the GoFundMe page says that “The family attended the event in one car together, and their car was tragically hit by a train as they left the event.”