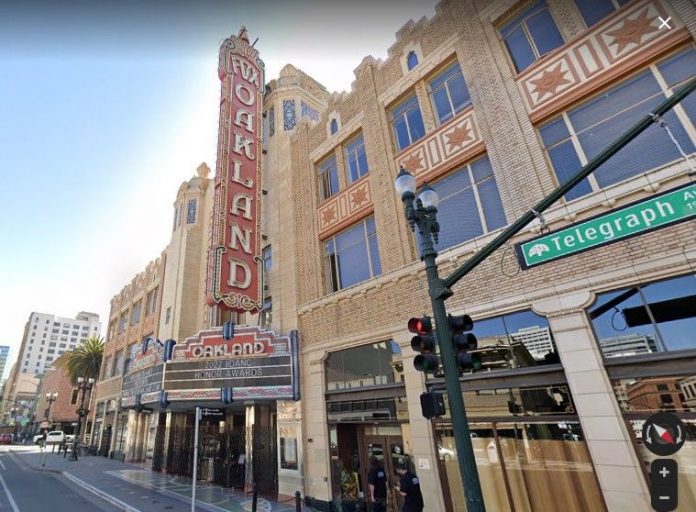 An Oakland man celebrating his birthday near 19th Street and Telegraph Avenue was fatally shot Wednesday morning around 1:30 a.m., and two women with him were shot and injured as well.

The news is terrible enough that a man was shot and killed at about 1:27 a.m. Wednesday morning on the 400 block of 19th Street between Telegraph Avenue and Broadway, according to KTVU. But the fatal shooting brings painful memories of a deadly night last November where a concert goer was shot in line at the same Fox Theater location, and then another was woman shot a few blocks away just hours later. This morning’s fatal shooting represents Oakland’s 61st homicide of the year.

But the Bay Area News Group has an additional heart wrenching detail that the victim was “celebrating his 34th birthday.” While the man’s name has not been released, the news group explains that “According to police, the man was walking to his vehicle with the two women after celebrating his birthday at a club in the area when somebody began shooting at them.”

Two other women, also unnamed, were injured by the gunfire but survived. Per the Bay Area News Group, “The two women, a 27-year-old from San Leandro and 24-year-old from Tracy, were taken by ambulance to a hospital and were in stable condition Wednesday.”

Oakland police say that some buildings and one vehicle were also hit by the gunfire, and they have not yet determined any motive nor identified suspects. While it is Oakland’s 61st homicide of the year, that is a less deadly pace than last year, when there were 72 homicides at this point in the year.