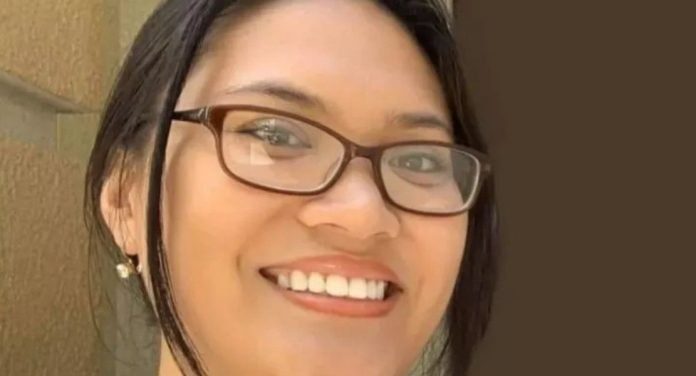 24-year-old Oakley resident Alexis Gabe disappeared in late January, and after months without leads, Oakley police have released surveillance video of someone they think may be involved with the disappearance.

On Thursday, police in the East Bay city of Oakley announced a $10,000 reward for anyone with “pertinent information” in the disappearance of Alexis Gabe, according to KTVU. The 24-year old has been missing since the night of January 26, and her car was found on a dead-end street, five miles away from her last known whereabouts, and with the keys still in the ignition.

But more importantly police released surveillance video of an individual they now consider a person of interest in the case, seen below.

Today, a $10,000 reward was issued for pertinent info about Alexis Gabe- missing since 1/26

OPD also released the attached video of a person who may be related to the case.

Contact the dedicated tip line at 925-625-7009 or email alexistips@http://ci.oakley.ca.us pic.twitter.com/qQAYm4m2Eh

Admittedly, it’s not the most conclusive video. KTVU gives us a little more detail, noting that the person is male and “described as 5’11 to 6 feet tall, slim build, dark skin, wearing a large jacket, a beanie, or a cap, with his face covered by an N95-style face mask with a beard protruding from underneath.”

As poor as the video may seem as evidence, it’s a breakthrough for the long-suffering Gabe family.

“It’s been three long, excruciating months since Alexis’s disappearance,” Alexis’s father Gwyn Gabe said at a Thursday press conference Thursday. “Since the day our daughter went missing, we’ve questioned our faith, have been completely overwhelmed and filled with doubt, and despair.”

While the man in the video is not necessarily a suspect, the Chronicle reports city that “officials said on social media that police believe the unidentified man “dropped off Alexis’ car on the night she was last seen.’” (She had last been seen on Benttree Way in Antioch.)

“The Oakley Police Department can officially state that we believe Alexis’ disappearance was not by accident or by choice. We strongly suspect foul play,” Oakley Police detective Tyler Horn Horn said at the press conference.

The family has started a GoFundMe for Alexis Gabe’s search. If you have any information that may be relevant to the case, Oakley police ask you call their tip line at (925) 625-7009, or email to alexistips@ci.oakley.ca.us.