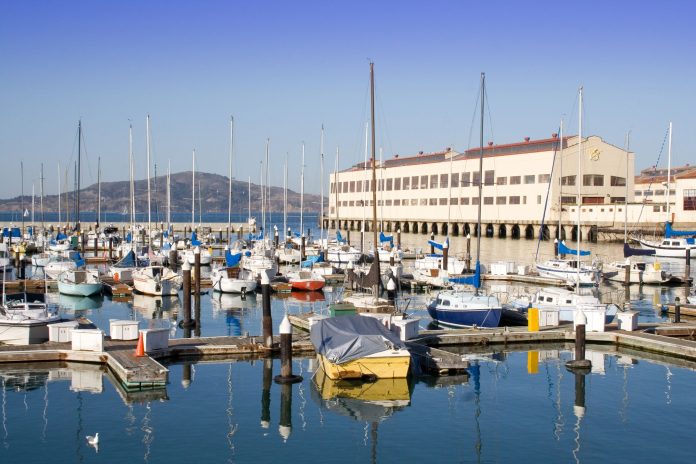 Out of all of San Francisco’s many media outlets — physical newspapers, online magazines, digital news outlets, etc. — only one has outright endorsed Prop H. Want to guess which one?

We’re less than two weeks away from an election in San Francisco that features ballot Proposition H, (a.k.a. “Prop H”) that will remove SF District Attorney Chesa Boudin from office if a majority votes “Yes” on it. As The Bold Italic mentioned in a piece earlier this month, more than $2.7M dollars had been fueled into the election to recall “California’s most progressive district attorney” at the time of publishing. As the Chronicle commented in April, the recall campaign is, more or less, fiscally supported by the city’s “ultra-wealthy.”

In the recent weeks and months leading up to the June 7 election, multiple San Francisco-based media outlets have come out in support of Chesa Boudin. But there’s only one hyperlocal conduit of content that has, in fact, actually endorsed the recall.

Want to take a single guess at it? Because you’ll only need one: the Marina Times.

This is your daily reminder that the ONLY San Francisco-based media — big or small — that supports the sham recall of DA @ChesaBoudin is the Marina Times. That should tell you everything.

“This is your daily reminder that the ONLY San Francisco-based media — big or small — that supports the sham recall of DA @ChesaBoudin is the Marina Times,” writes @johnnygreavu on Twitter. “That should tell you everything.”

The gadfly local news outlet — the same one that has a propensity for trolling other media companies, as well as private citizens, on Twitter and is greatly supported by faceless avatars — was purchased by Street Media in December of 2020. The monthly print publication’s new proprietor owns the alt-weeklies L.A. Weekly and Irvine Weekly; Street Media came under fire and received widespread backlash after it abruptly fired the vast majority of the L.A. Weekly staffers in 2017.

The San Francisco Business Times noted that the 38-year-old paper’s editor-in-chief Susan Dyer Reynolds has remained in place since its acquisition. Reynolds is also behind the publication’s contentious, objectively harmful Twitter account — “Tweets by @SusanDReynolds.”

Since acquiring the polemic newspaper, it’s continued to be embroiled with criticism from local politicians, residents of San Francisco, and outside readers who’ve lamented the trolling nature of the outlet.

“They are a mouthpiece for disinformation, doxxing of public officials, and personal attacks,” District 5 Supervisor Dean Preston said in an SF Board of Supervisors meeting around the City’s budgetary allocation to certain local media in December of 2020. “I consider them on par with the likes of Breitbart News and Tucker Carlson, in serving to the public fact-free and often hate-filled propaganda. I don’t believe a single penny of public money should be directed from the City and County of San Francisco to support their efforts.”

Supervisor Dean Preston, who proposed the amendment and said he and his family have been "threatened" by the Marina Times, and is questioning its legitimacy as a journalistic outfit.

It was later revealed by Chronicle City Hall Reporter Trisha Thadani that District 5 Supervisor Dean Preston, who proposed an amendment that would omit the Marina Times from receiving City funds set aside to advertise in public notices and in the pages of small neighborhood newspapers, was “threatened” by the Marina Times. Thus, a heated dialogue around the paper’s “legitimacy as a journalistic outfit” began. And it still continues to this day… with growing fervor.

Oh! So, how many local media outlets — “big or small”— have come out to denounce the recall of SF DA Chesa Boudin? Per a tweet from @JuxtinP (which we fact-checked for accuracy of its assertion), at least six well-respected news outfits have in the recent weeks: The San Francisco Chronicle, Mission Local, San Francisco Examiner, The Bold Italic, San Francisco Bay Guardian, and Sing Tao Daily.

While the aforenoted publications are all preceded by newspaper emojis in the above tweet, a clown emoji is placed in front of the Marina Times regarding its stance on the recall — which “should tell you everything.”

For more information on the June 7 election, including how to find a nearby polling station, how you can both register to vote in person at City Hall, and locate ballot drop-off boxes, visit sfelections.sfgov.org.