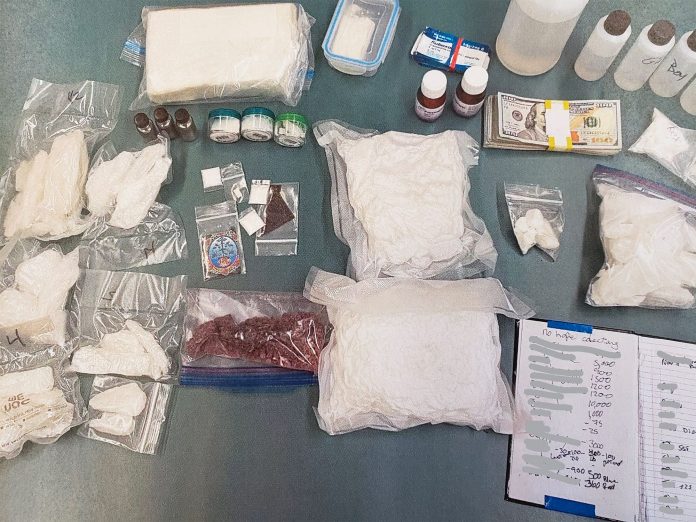 Officers from the SFPD’s Taraval Station raided the home of a suspected meth dealer this week, arresting two individuals and seizing seven pounds of assorted narcotics and pills.

In his usual fashion on Twitter, SFPD Commander Raj Vaswani posted the barest details of the case, not naming suspects or even the block where the raid took place. We know that it’s in the Outer Sunset, and that 4.6 pounds of meth were seized along with 1,019 grams of “cocaine salt” (2.25 pounds), 17 grams of MDMA, and assorted pills that you can sort of see in the photo Vaswani posted. But yeah, mostly meth.

The photo also shows several plastic bottles of liquid that Vaswani didn’t mention — I’m no expert but maybe that’s G? And the “pay owe” book, interestingly, has a list of “No Hope Collections” with a redacted list of names, one of which appears to owe $10,000. And what’s that bag of brown stuff? Anyone?

Two individuals were arrested, and at some point we may know their names.

We’ll update you if and when we learn more about this case.