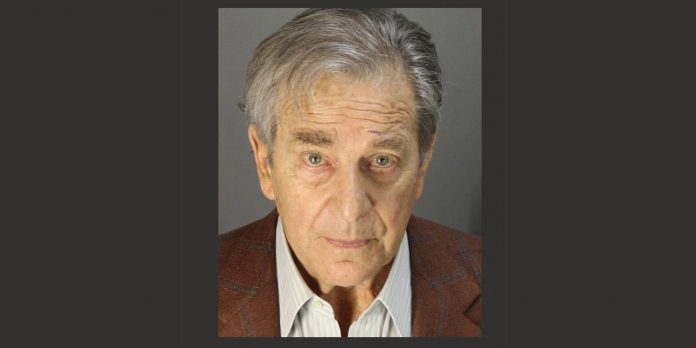 Twin indignities have befallen Speaker Nancy Pelosi’s husband Paul Pelosi, as he gets sentenced to five days in jail (though he won’t serve them), and gossip site TMZ posted video of his highly unsuccessful attempt at a field sobriety test.

There is absolutely nothing funny about the risks posed by people driving an automobile while intoxicated. But who among us has not had a laugh over Nancy Pelosi’s husband Paul Pelosi being arrested for suspicion of DUI the night of May 28? That incident did spawn some amusing developments, like his lawyers trying to claim the media coverage was “incorrect information” that “must be corrected,” and oh dear, Dede Wilsey downplaying it when she said “there was a time when if a thing like this happened [in Napa], the cops would take you home.”

Pelosi had initially pleaded not guilty a few weeks back, but apparently something changed (likely the realization that they had him nailed, and a desire for a lighter sentence). Pelosi did plead guilty to driving under the influence Tuesday.

Paul Pelosi was sentenced to five days in jail and faces three years of probation after pleading guilty to driving under the influence, the Napa County District Attorney’s Office said. https://t.co/wvl6U1TnNR

The Chronicle reports that Pelsoi was sentenced to five days in jail, and could face up to three years probation. But that’s a little misleading, and Pelosi will likely serve zero additional days in jail.

“Pelosi would receive credit for the two days in jail he already served, as well as two additional days of credit for good behavior,” the Chronicle reports “In lieu of the last day of jail time, he will work eight hours in the court’s work program.” He will have to pay $6,000 in court costs and cover the other driver’s medical bills.

How does one earn two days  “good behavior” in jail while having served only two days? Your Fox News primetime hosts will likely have a field day with that one tonight. But in the lead-up, celebrity gossip site TMZ is already having their own field day.

#UPDATE: Paul Pelosi was dead set on performing field sobriety tests as long as it meant he didn't have to do the big one … a breathalyzer. Watch what went down at the scene: https://t.co/hSnFY3roqa

TMZ has the video of Pelosi’s field sobriety test, as well as several photos from the crash scene. Pelosi’s car seemed to have taken the worst of the damage (remember, the driver of the other vehicle crashed into him) and Pelosi’s Porsche did bust through a wooden fence.

But the three-and-a-half-minute dashcam video of his field sobriety test is embarrassing material for him. Pelosi keeps deferring to balance tests in order to avoid taking a breathalyzer. The CHP officer really tries to be generous, likely realizing he is dealing with a Pelosi here. “I wouldn’t want to you fall over and hurt yourself,” the officer counsels, and offers, “I’ll give you a pre-trial run, for lack of a better term.”

But Pelosi keeps leaning on the car to maintain his balance, which as the officer points out “defeats the whole purpose of the tests.”  And he does seem, objectively speaking, intoxicated at the time of the field test.

Nancy Pelosi herself was on the East Coast at the time of the incident, and she’s gotten away with “The speaker will not be commenting on this private matter” type of language. But oh, to be a fly on the wall up at the Pelosis’ Presidio Terrace ice cream mansion when this topic is discussed.