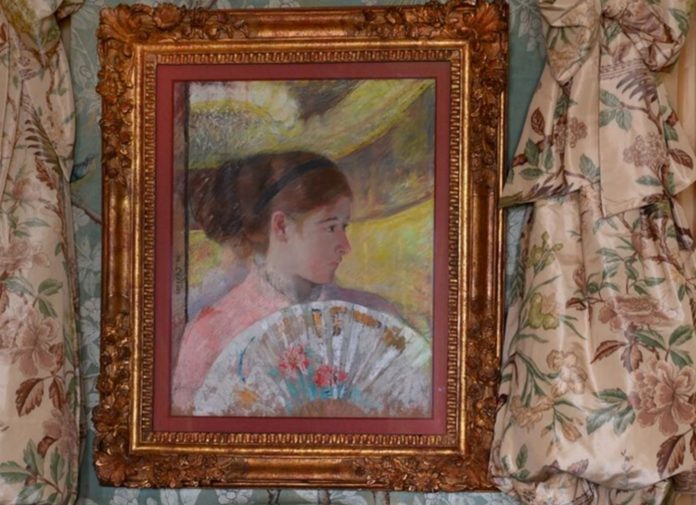 The collection of art, furnishings, and objects collected by interior designer Ann Getty and her billionaire husband, the composer Gordon Getty, over the course of their 56-year marriage is now set to be auctioned off, as the couple had long planned. The proceeds will go to the Ann and Gordon Getty Foundation to be distributed to arts and science organizations.

Christie’s, the auction house, is handling the auction of some 1,500 lots owned by the Gettys and featured in their lavishly decorated Pacific Heights mansion. The auction comes a year and a half after the death of Ann Getty, who passed away suddenly of a heart attack in September 2020, at the age of 79.

Gordon Getty, 88, tells the Chronicle in a statement, “It was our shared vision that we would sell this collection and devote the proceeds to the California arts and cultural institutions that she and I both have long supported.”

Getty said that the collection is “truly a tribute to Ann’s unmatched taste and style and the family home she created for us in San Francisco.”

The collection is initially being valued at over $180 million, and appears to be a wholesale emptying of the Getty manse on Broadway in Pacific Heights — there are some pictures here of Ann in the house several years ago, and discussing with Veranda magazine how she loves chinoiserie and “the Asian aesthetic, especially the eccentric style interpreted by and for Europeans.”

The house was the site of granddaughter Ivy Getty’s wedding reception last fall, which may have been the final big event to happen there before the art and furnishings were removed.

As Jonathan Rendell, deputy chairman and senior adviser of Christie’s Americas, describes the home’s design to the Chronicle, it “reflects perhaps a great London townhouse in about 1905. It’s the conversational (art) groupings, it’s the use of color, it’s the use of period textiles. … It’s the way in which the colors in the paintings and the colors in the textiles are all very subtly matched so that the whole thing becomes a work of art.” (Ann Getty had an interior design business of her own in the 1970s and 80s, and she specialized in this kind of layered, historic look.)

The auction lots include a pastel, seen below, by the pioneering, French-trained American artist Mary Cassatt that hung in Ann Getty’s bedroom — Cassatt’s works have been known to auction for as much as $6 million in recent years. And there is a Matisse painting of chrysanthemums that will also likely command a high price.

Christie’s is planning a series of four sales in New York of the collection, between October 20 and 23.