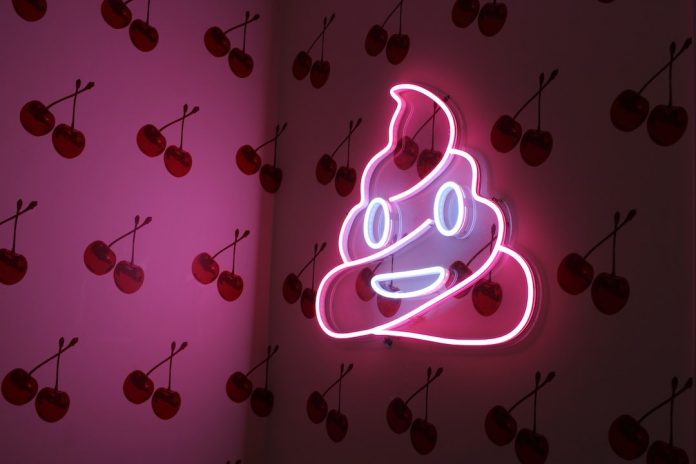 Poop Complaints Are Down 30% In the Tenderloin!

In the name of fecal data journalism and clicks, the Chronicle is back on the poop beat this week — and there’s some good news for the chronically poopy streets of the Tenderloin!

In the period from 2011 to 2015ish, the Chronicle’s newsroom — and subsequently local TV stations — was obsessed with poop. Perhaps it was because so many new people were moving into the city for the tech boom and complaining, perhaps this was just the beginning of Mohammed Nuru’s failures at the Department of Public Works, or perhaps there legitimately was an unusual boom in street defecation, but mapping the poopiest parts of the city became like a bimonthly affair. SFist crunched the numbers via Department of Public Works data on St. George Alley — which seemed to be everyone’s favorite al fresco toilet in the Tenderloin — and there were at least 30 piles of human shit found in the alley weekly, with DPW getting there about once a week to hose it off.

Fast Company got in on the “SF is poopy” tip, writing a story about the Tenderloin Pit Stop program in 2015 — which installed mobile toilets and wash stations in the neighborhood on the regular. And then SFist did a whole poop-story timeline in 2019, just by way of explaining to newcomers how old and repetitive these maps and stories were getting — and again, maybe it was all Nuru’s fault!

The Chronicle got Nuru on the record in May 2019, approximately seven months before he was brought up on federal corruption charges, saying of the poopiness of the city streets, “It‘s not just about the money anymore, it’s about also needing to deal with the people who are creating the problems. Cleaning the same area three, four, five times a day is not the best use of our money, but it is necessary until the behavior changes.”

That kind of sounded like blame-shifting to another chronically criticized city department, the Department of Homelessness and Supportive Housing. Then-Supervisor Matt Haney responded, sounding like he was pointing at Nuru and DPW, saying, “I’m for accountability, but I haven’t seen any plan for how to do it. The city should be accountable as well.”

Well, now the Chronicle has crunched the numbers from 311 calls again, and what do you know!? The poop problem is still a problem, but not so much in the Tenderloin. And the paper credits the Pit Stop program, probably, as the strategy that helped the number of 311 calls about feces in the Tenderloin decrease 29% between 2012 and 2021. The data shows that 311 calls about poop went down 37% on streets near three particular Pit Stop locations.

As long-suffering Public Works spokesperson Rachel Gordon puts it, “If you have a toilet, there’s a chance that people might avail themselves to that and not go on the streets or sidewalks.” And she added, of the Pit Stop program, “We also wanted to improve the… livability of a neighborhood.”

The sheer number of shit-related calls to 311 in the last decade and a half is pretty staggering — 1,465 per 1,000 residents in the city. But, as the Chronicle points out, DPW made it a whole easier to make complaints in the last couple of years — you don’t actually have to call in a complaint, you can also just tweet it to 311 or submit it online — which may have effectively skewed the data.

Also, the pandemic may have exacerbated things, with fewer fast-food and hotel bathrooms available to those walking in off the street. And perhaps all the complainers found better apartments outside the Tenderloin in recent years, or they left the city, thus fewer complaints in that ‘hood.

And while complaints in the Tenderloin proper may have gone down 29% in nine years, we should make sure we’re defining our terms — like what is the “Tenderloin” in this analysis? Poop complaints rose 481% in the same period in Lower Nob Hill, or whatever the paper is using to define that area. And they went up 187% in “Downtown/Union Square,” 212% in Polk Gulch, and 284% in the Financial District. So yes, still a lot of street poop.

The Pit Stop program may still expand, but Gordon says that each location costs between $100K and $600K annually, to operate — with labor being the biggest cost. The city currently has 33 Pit Stop locations, with at least 15 of them added since 2020.

So, we may not be getting that Department of Sanitation and Streets that we all voted for, but maybe, someday, the streets will get cleaner, slowly but surely.

Related: A Brief History Of Poop On The Streets Of San Francisco