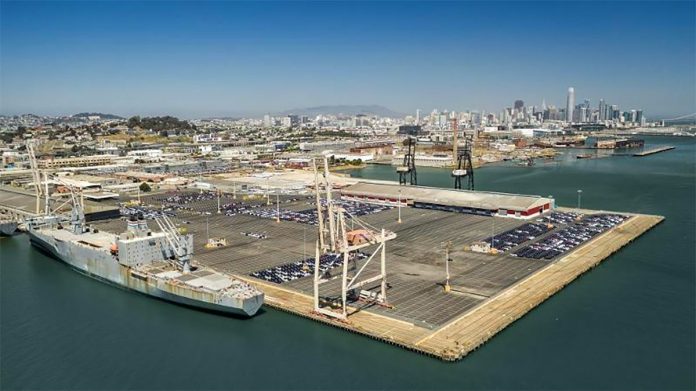 Portola, a New Two-Day EDM Festival From the Coachella People, Comes to SF’s Pier 80 This September

A new two-day festival in the vein of the defunct Treasure Island Music Festival is headed to SF this fall, just seven weeks after Outside Lands wraps up — and it’s mostly EDM acts, with headliners Flume and The Chemical Brothers.

It’s called the Portola Music Festival or just Portola, but it’s not in Portola, as Hoodline explained the other day. It will be held instead near Dogpatch, on Pier 80. Promoters Goldenvoice say that the name is a nod to Portola Fest 1909, which was held as a kind of rebirth event for the city as it rebuilt from the devastating 1906 earthquake and fire. And just like then, San Francisco is still trying to pick up the pieces and come alive again after a pandemic.

As Billboard notes, “While San Francisco and the Bay Area have long been a hotbed of electronic music culture, the city has few large-scale festivals dedicated entirely to the genre.”  The closest thing currently is Audiotistic at Shoreline Amphitheater in Mountain View, which is happening in July.

Treasure Island Music Festival (RIP), as most of us remember, typically had one day devoted to EDM and hip-hop, and one day that was more alt-rock.

It’s not clear yet how many stages will be featured at Portola, and all we know is that it’s being produced locally by Non Plus Ultra — which produces events at SVN West, the Palace of Fine Arts, and the Old Mint — along with Goldenvoice.

And as Hoodline pointed out, the company that owns Goldenvoice, Anschutz Entertainment Group (AEG), is owned by a Republican billionaire who has given to anti-LGBTQ organizations and supported Donald Trump. But Coachella’s co-founder Paul Tollett, who is not a Trump supporter, has tried to distance himself from AEG, and he retains half-ownership of the Coachella festival itself.

Politics have not dampened the appeal of Coachella for the hundreds of thousands who attend every year, and AEG’s Republican associations are unlikely to thwart the success of Portola, but there will certainly be tweets about it.