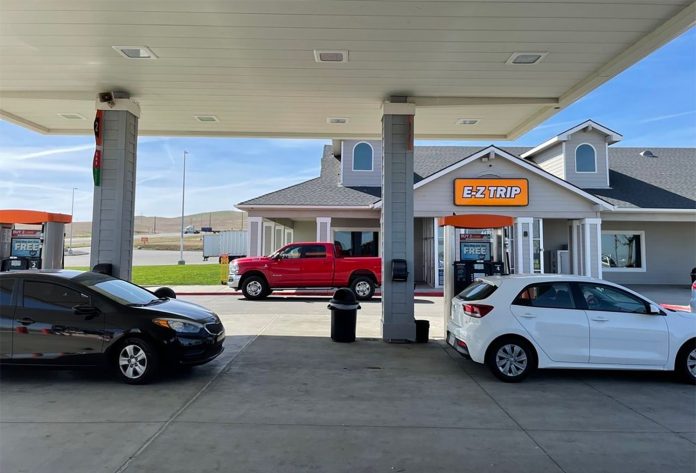 A 21-year-old San Francisco man is in custody after a truck driver was found fatally stabbed over the weekend at a remote gas station along I-5, and the suspect has been tied to multiple crimes including one Friday night in Oakland.

The murder happened around 7:30 a.m. on Saturday at the E-Z Trip Travel Center in Avenal, one of dozens of gas stations along the I-5 corridor, this one about 10 miles north of Kettleman City, about halfway between Bakersfield and Fresno. As Bay City News reports, Fresno County sheriff’s deputies and a CHP officer arrived at the scene and found a truck driver, 51-year-old Jose Madeira of Hesperia, fatally stabbed multiple times and lying in the parking lot. Deputies believe the suspect had hitched a ride to the gas station with Madeira.

The suspect was still at the gas station when deputies arrived, and he was arrested.

The suspect has been identified as Isaiah Christopher Harley of San Francisco, and as the Fresno Bee reports, he was booked into the Fresno County Jail on Saturday on a murder charge.

Investigators now say that Harley may have committed multiple crimes between Friday and Saturday, beginning with a carjacking in Oakland on Friday night.

A suspect matching Harley’s description also committed a strong-arm robbery in Lost Hills, which is the home of another gas station along I-5, about 40 miles south of the location of the murder. Detectives believe Harley was also the suspect in a carjacking Saturday morning in Bakersfield, some hours before the stabbing took place.

Detectives have not determined a motive for the stabbing.

Harley is being held in Fresno County on $1 million bail.