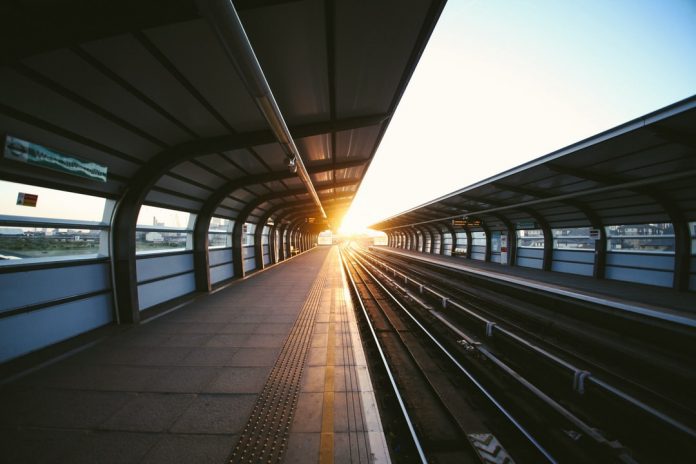 BART police have arrested two suspects, a San Francisco man and an Oakland woman, in connection with a Saturday shooting that took place onboard a train.

Last week brought us not one but two shootings on public transit. Following the fatal Wednesday shooting on a Muni train in San Francisco that left one man dead and another injured, a second shooting incident happened on a BART train in Oakland Saturday afternoon.

In that incident, two men were seen arguing on a Daly City-bound train, and the fight came to blows as the train reached West Oakland Station, with one man brandishing a gun and hitting the other man with it. The gun went off, or was purposely shot, leaving one person with minor injuries. This all happened around 1 p.m. Saturday, and the suspect fled the train before police arrived.

The incident was all captured on BART surveillance video, and BART police have been on the lookout for two individuals, a man and a woman, who were wanted for questioning.

In a release Wednesday, BART announced that two suspects have been arrested.

BART Police Officer Francisco Rodriguez was reportedly patrolling Montgomery Station in San Francisco on Tuesday around 6:50 p.m. when he recognized the two suspects wanted for questioning.

BART police arrested the two individuals, who were subsequently positively identified by the shooting victim.

The suspects have been identified as 28-year-old Selvin Lopez of San Francisco, and 18-year-old Jeysi Sotoguzman of Oakland. It appears from the charges that Lopez may have been out on bail from another recent arrest, or was recently released from incarceration.

Lopez has now been charged with assault with a deadly weapon, carrying a loaded and concealed firearm, conspiracy, possession for sales of narcotics, carrying a firearm while possessing narcotics, and committing a felony while out on bail or release from incarceration.

Sotoguzman has been charged with assault with a deadly weapon, carrying a loaded and concealed firearm, conspiracy, possession for sales of narcotics, and carrying a firearm while possessing narcotics.

The suspect in last week’s Muni shooting, 26-year-old Javon Green of Pittsburg, faces felony gun charges, however it appears he acted in self-defense and will not face homicide charges. That shooting also appeared to stem from an argument between two men on a train.