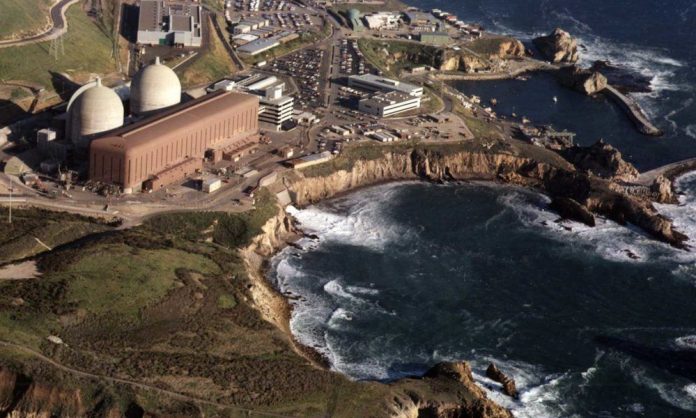 California is pushing for green energy and wants to avoid blackouts, but giving PG&E $75 million to handle radioactive waste at Diablo Canyon may sound like a deal with the devil.

You can certainly make a case for the advantages of nuclear power as a clean, green energy source for the future. It’s a reliable, low-carbon energy source that, when handled properly, limits climate change and greenhouse gas emissions. But do we really want to hand more nuclear capabilities and responsibility for handling radioactive waste to PG&E, who’ve racked up oodles of manslaughter cases?

We already have, but PG&E’s Diablo Canyon nuclear power plant — the only nuclear plant in California, located on the San Luis Obispo County coast — is being phased out. Still, CalMatters reports that the state is considering allocating $75 million to keep the plant running, as the power grid is taxed, and as rolling-blackout season looms once more.

CalMatters describes this as a “contingency fund,” an only-if-needed, worst-case scenario. The funding would be part of an omnibus energy bill, which, per Cal Matters, “the energy bill doesn’t itself authorize the extension of the plant’s life, it does provide the money should state leaders decide to do so.” If passed, CalMatters says the bill would “Keep Diablo Canyon as open as a failsafe, and pay to retrofit several aging fossil fuel facilities and backup power generation.”

The plant itself is located in San Luis Obispo. That region’s state senator John Laird tells CalMatters that “The governor requested this language, not as a decision to move ahead with continuing operation of Diablo Canyon, but to protect the option to do that if a future decision is made.”

The state decided to shut down Diablo Canyon in 2016, with an expected closure date of 2025. There was a smattering of pro-nuclear protesters at the time who fought to keep the plant open (among them Michael Shellenberger, now a leading Fox News gadfly against drug use at the Tenderloin Center and unsuccessful fringe candidate for governor). And given the plant’s proximity to the ocean and the Fukushima disaster that happened in Japan in 2011 due to a tsunami, there has been increasing nervousness about keeping nuclear material at the location.

Sen. Laird adds that “The shuttering of Diablo Canyon has been years in the making, with hundreds of millions of dollars already committed for decommissioning.” So if this funding were approved, that means the state is spending money on shutting down the Diablo Canyon plant, and preserving the plant, at the same time.

But the decision may be out of the state’s hands anyway. CalMatters notes that the Biden administration has a $6 billion nuclear credit program that the plant could access to help keep it afloat, but the application deadline is July 5 — precisely two business days from now. Per CalMatters, “The utility on Tuesday asked the federal government to grant it a 75-day extension to apply.”