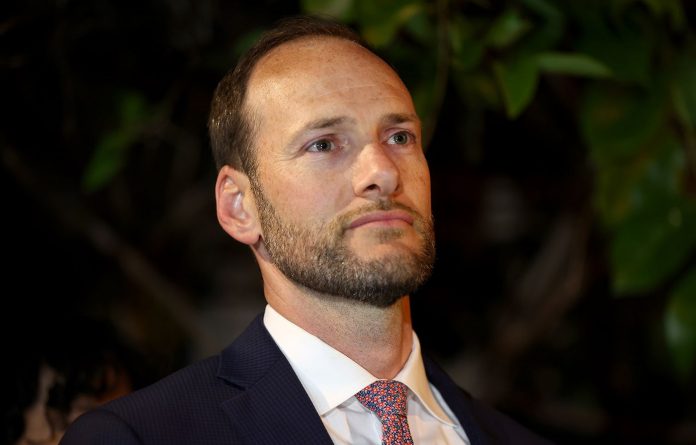 SF voters who were convinced that recalling progressive District Attorney Chesa Boudin would solve the city’s crime troubles may not all appreciate being cheered on by Dinesh D’Souza and Ann Coulter, but that is what’s happening.

Turnout in Tuesday’s primary election, which was also the decisive day for the Boudin recall, was around 25% — with a solid 10% fewer voters even caring enough to cast a ballot than who voted in the February special election that included the recall of three school board members. That February recall ended in a landslide, with each school board member voted out with upwards of 70% of the vote and one of them outsted with 78.5% of votes. And Tuesday’s recall also was decisive, though less of a landslide, with Boudin recalled by 60% of the vote.

“It was like the perfect storm of fear-mongering,” says former Boudin campaign manager Kaylah Williams May, speaking to the Chronicle. “Chesa was the perfect target.”

May and others point to the colliding forces of the pandemic, the uptick in home break-ins — which some have linked to there being fewer tourist cars to break into as crimes of opportunity — Republican drum-beating about law and order, and the local media’s coverage of things like brazen Walgreens shoplifting, which all combined to help the recall proponents’ cause.

This has become a major national story, as we noted earlier, with the New York media amused by our seeming identity crisis as a bastion of progressive politics, and with the right-wing media and pundit class beside themselves with joy and laughter.

“Even in progressive San Francisco, a Communist DA who openly sides with criminals over victims proved a bit too much!” tweets conservative blowhard Dinesh D’Souza. “The good news for Chesa Boudin is that he will still be prosecuting the same number of criminals,” joked Ann Coulter in her zinger of a tweet Tuesday night.

Writing for the Atlantic, writer and SF native Nellie Bowles concludes that San Francisco is a “failed city,” and that voters ousted Boudin “because he didn’t seem to care that he was making the citizens of our city miserable in service of an ideology that made sense everywhere but in reality.”

Chesa Boudin gets the boot! Even in progressive San Francisco, a Communist DA who openly sides with criminals over victims proved a bit too much! #ByeByeBoudin

In yesterday’s recall election, San Francisco District Attorney Chesa Boudin was voted out of office. It may not have been so clear until now, but San Franciscans have been losing patience with the city’s leadership for a long time, @nelliebowles reports: https://t.co/qnzvBY8wDU

Local Republican gadfly Richie Greenberg posted a statement of “bittersweet” satisfaction following the election results, saying that this should “send a clear message to the rest of City Hall officials, that we are unhappy with their governance.”

“Let’s also be absolutely clear,” Greenberg adds, “that this recall effort was not using any GOP playbook as some detractors have said. This is people powered.”

GOP playbook or not — and there’s certainly reason to believe that Republican money was behind the recall — this was an all-out assault on a district attorney at a fraught moment for the city. And whether or not a successor is going to be able to quickly solve all the city’s ills to anyone’s satisfaction, it probably doesn’t matter.

As 48 Hills editor Tim Redmond writes, “I have been covering San Francisco politics for more than 40 years, and I have never seen a district attorney face anything close to the media assault that came down on Chesa Boudin.”

Redmond suggests that the crime and chaotic street scenes have been happening for decades, and he points to Boudin’s immediate predecessors and asks why they were never piled upon.

“Kamala Harris never prosecuted a cop for wrongdoing. Neither did George Gascon. There were plenty of cases where that could or should have happened, but the news media by and large didn’t care,” Redmond says. “But I was here, and under both of them, bad crimes happened, some by people who had been let out of jail. There was open-air drug dealing, and people died of drug overdoses — and they both escaped any serious media attacks.”

So, Boudin is out. Mayor London Breed will now have yet another appointment to make this year, potentially consolidating more power for her. Should she appoint a certain supervisor who’s been angling for the job, that will give her another supervisor seat to fill too.

An amusing if also exasperating sidebar: The New York Times went to former SF Mayor Willie Brown for a quote about the Boudin situation, and here’s what he had to offer: “People walking the streets, in many cases, feel themselves in danger, and that’s got to be dealt with,” Brown said. “But Mr. Brown said too many Democrats do not want to talk about ‘what cops do’ for fear of crossing the party’s activist class and offending ‘A.O.S. or A.O.C. or whatever that woman’s name is.'”