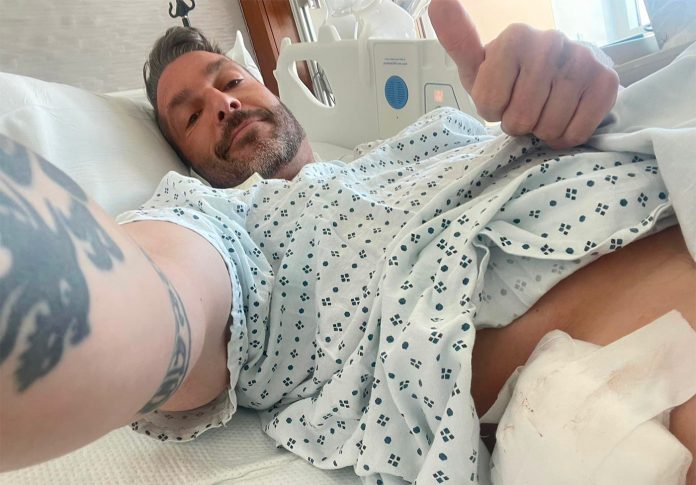 A man who says he was just heading home after being out for drinks with friends last week in SF’s SoMa district was shot in the hip in a random attack that he says was motivated by homophobic hate.

The incident happened last Tuesday morning just after 1 a.m., and as NBC Bay Area reports, the victim, Emory Etheridge, was standing near the intersection of Harrison and 10th streets waiting for an Uber at the time.

The shooter was apparently in a dimly lit car-wash bay at the time of the incident, and Etheridge says he did not get a good look at the suspect or his vehicle.

Etheridge says he’s certain this was a hate crime, because of the one word he heard from the shooter’s mouth before a single shot was fired.

“I heard ‘faggot,’ and I was like ‘what?’ I looked over, and the moment he said ‘faggot,’ he shot me,” Etheridge tells the station.

The suspect reportedly jumped in a car and took off after the shot was fired, and it’s not clear whether anyone else was present at the time.

Etheridge says he quickly saw he was losing blood and called an ambulance, and did not get a license plate number or anything. He was rushed to SF General and made a speedy recovery, posting on Facebook when he was discharged last Wednesday.

The bullet lodged in Etheridge’s hip and was not removed, but he was stitched up and will now undergo six weeks of rehab.

This part of SoMa, which is dotted with over a dozen bars and nightclubs — some of which are LGBTQ — has not often been the scene of random violence like this in recent years. A stabbing and shooting that were likely related took place at Eighth and Mission back in December, and a year ago, in May 2021, a man in his 20s was fatally shot on Mission Street between 7th and 8th.

A gang-related murder took place at the EndUp nightclub at 6th and Harrison back in June 2016.

Etheridge also spoke out about last week’s incident on KRON4 over the weekend, but the video does not yet appear to be on the station’s website.

The SFPD’s special investigations unit is reportedly investigating the case.

“I’m not going to complain about my situation after seeing what I’ve seen this week,” Etheridge said to NBC Bay Area, referring to Uvalde school shooting. “I’m just lucky to be alive.”

But Etheridge cautions others to be extra careful when walking alone at night — and perhaps we should all think twice about waiting for rideshares on not-well-lit, desolate corners of the city.