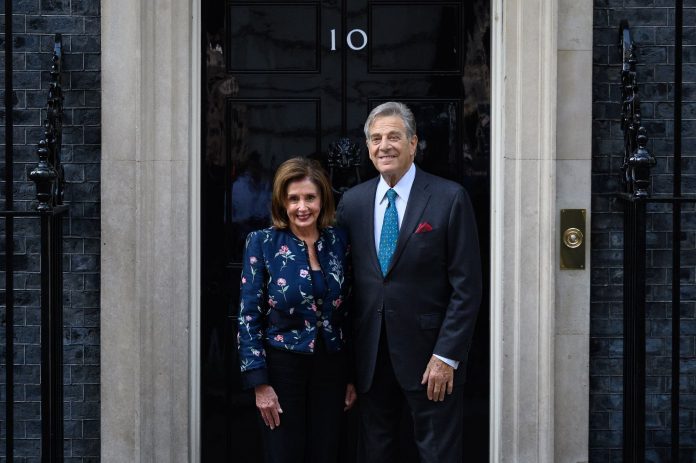 A spokesperson for House Speaker Nancy Pelosi’s husband says a report of his arrest for an alleged DUI has “incorrect information,” while the Speaker’s office says she “will not be commenting on this private matter.”

You’ve likely heard by now of the embarrassing mini-scandal that House Speaker Nancy Pelosi’s husband Paul Pelosi was arrested on suspicion of DUI in Napa, at 11:44 p.m. Saturday night of Memorial Day weekend. TMZ broke the story (of course) on Sunday, noting that the real estate VC magnate was booked on two misdemeanor counts of having a blood alcohol content reading of 0.08 or higher, and made a paltry $5,000 bail.

TMZ followed up by obtaining the collision report. The site notes, “At 10:26 PM Saturday night, the CHP got a call about a 2-car crash in the Napa area,” and that “Paul was driving a 2021 Porsche when his car was struck by a Jeep. He was arrested at 11:44 PM and booked into the Napa County Detention Center for DUI. No one was injured in the crash.”

But folks, this thing is taking a very bizarre turn. The Daily Beast is now reporting Paul Pelosi’s lawyers are disputing the report, and his spokesperson Larry Kamer said in a statement that “Several news reports about Saturday night’s traffic incident involving Paul Pelosi have included incorrect information.”

“A prior driving offense erroneously attributed to Mr. Pelosi is untrue and likely refers to an unrelated person with the same name. This error must be corrected,” an attorney for Pelosi said in the statement. “There are also incorrect reports that misstate the timing of events.”

This may be a smoke-and-mirrors defense. NBC Bay Area says in their report that “The statement also refuted an element of NBC Bay Area’s reporting Sunday night that Napa court records show Paul Pelosi was arrested on a similar charge four years ago.” So the attorneys may be trying to sow confusion by disputing the previous reported alleged DUI charge, and hoping this undermines reports of Saturday’s arrest. Or there may be another Paul Pelosi with a similar charge from four years ago.

But there seems to be very little question that it was this Paul Pelosi who is married to Nancy Pelosi who was charged with two misdemeanor DUIs for a Saturday night incident. The Napa County booking reports (you have to click the “I’m not a robot” box to see them) describe two misdemeanor DUI charges for a “PELOSI, PAUL” with an age and a date of birth that completely match publicly known information about Paul Pelosi.

On top of that, CBS reported on Monday that Paul Pelosi’s office basically confirmed he was involved in an incident. “According to a statement from a representative for Pelosi, he was attending a dinner party at the home of friends in Oakville,” according to CBS News. “He left that party at 10:15 p.m. to drive home, which the statement described as ‘a short distance away.’ Pelosi was alone in his car, the statement said.”

CBS News adds that “Pelosi’s representative said he was ‘fully cooperative’ with authorities and that processing took until 7:30 a.m. Sunday.” So they’re confirming he was arrested late Saturday night.

Nancy Pelosi herself, who was out of town giving a commencement speech this weekend, said through her spokesperson Drew Hammill that “The speaker will not be commenting on this private matter which occurred while she was on the East Coast,” according to the Daily Beast.

These are only misdemeanor DUI charges, not felony charges, and there are definitely lawyers who specialize in getting wealthy people out of this type of jam. But now three days into this dirty linen situation, it sure appears Paul Pelosi is not going the public apology and “please forgive my personal transgression” route. It looks like his communications and legal team are keen to fight this thing.

Image: LONDON, ENGLAND – SEPTEMBER 16: US House Speaker Nancy Pelosi and her husband Paul Pelosi arrive for a meeting with Prime Minister Boris Johnson at Downing Street on September 16, 2021 in London, England. The speaker of the United States House of Representatives is in the UK to participate in the G7 Heads of Parliament Conference this week in Chorley, England. (Photo by Leon Neal/Getty Images)