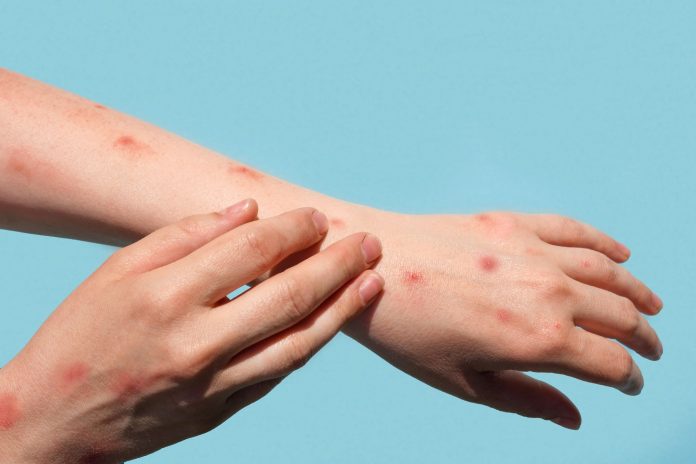 Mayor Breed officially issued a state of emergency over the monkeypox outbreak Thursday, as cases exploded over the month of July from barely over a dozen to now nearly 300 and rising.

San Francisco reported its first probable monkeypox case on June 3. By the beginning of July, that has grown to 16, and now as we near the end of July, we have 261 confirmed cases, and KGO pegs it as 281 if you include suspected cases. We saw with COVID-19 how quickly a handful of cases can exponentially explode, and with that in mind, San Francisco Mayor London Breed declared a state of emergency over the monkeypox outbreak on Thursday as the Chronicle reports.

San Francisco is declaring a Local Public Health Emergency for monkeypox. This declaration will go into effect starting August 1 and will allow us to prepare and dedicate resources to prevent the spread. https://t.co/CfkVfEuUo3

“Right now, with 261 diagnosed cases of monkeypox, San Francisco has more cases than most states and is one of the epicenters of this virus,” Breed said in a Medium post on Thursday. “While this virus impacts everyone equally, right now there is an increased risk for exposure in our LGBTQ community, which is accounting for nearly 90% of cases in San Francisco. Additionally, our Latino community is accounting for 30% of cases, even though Latinos are only 15% of our population. So we know where the most at-risk people are, and we know what we need to do — which is get them more vaccines.”

The declaration goes into effect on Monday, August 1. We see an explanation in the bullet point list above, and the big one seems to be “allow for future reimbursement by the state and federal governments,” that is, throw money at the problems and expect to be paid back later. We also see the statements “mobilize City resources” and “coordinate agencies across the city,” which may mean pulling city staff off their normal duties and putting them into a sort of ‘all monkeypox response, all the time’ mode, not unlike what the city did during the first year of COVID-19.

The above graphic shows us that San Francisco is just barely behind Los Angeles, which is pretty frightening, considering that L.A. has about four-and-a-half times the population of San Francisco. SF Health Officer Susan Philip tells the Chronicle that the case count “continues to go up,” and adds that “we know there are more cases that have yet to be diagnosed.”

Of course, all the state of emergency orders in the world are not going to change the fact that we are incredibly short on vaccine supply. We are getting 4200 more doses of the Jynneos monkeypox vaccine, hopefully this week, but we’ve asked for 35,000, so it’s still a far cry. Anyone can contract monkeypox, but thus far, infections are disproportionately affecting LGBTQ+ men and the Latinx community, and so they’re being prioritized for vaccinations.

What happens if you actually contact monkeypox? As the Chronicle explains, the virus “causes a rash or sores on the skin that resemble blisters or pimples, along with flu-like symptoms, appears to be transmitted by intimate contact including kissing, sharing bedding or clothes, or potentially, breathing in close proximity.”

“It is spread by very close skin-to-skin contact, or very close face-to-face contact, so that large droplets or saliva can spread this,” Philip tells the Chronicle, adding that it can also be transmitted in the air in close quarters.

It’s frankly pretty worrisome that this emergency order coincides with this weekend’s Dore Alley/Up Your Alley fair, and Outside Lands coming up next weekend. There may be more skin-to-skin contact at Dore Alley, but it’s pretty tough to attend Outside Lands without being in close contact in people’s airspace. The emergency order says it hopes to “raise awareness throughout San Francisco about how everyone can stop the spread of monkeypox in our community,” and that obviously needs to start happening ASAP.