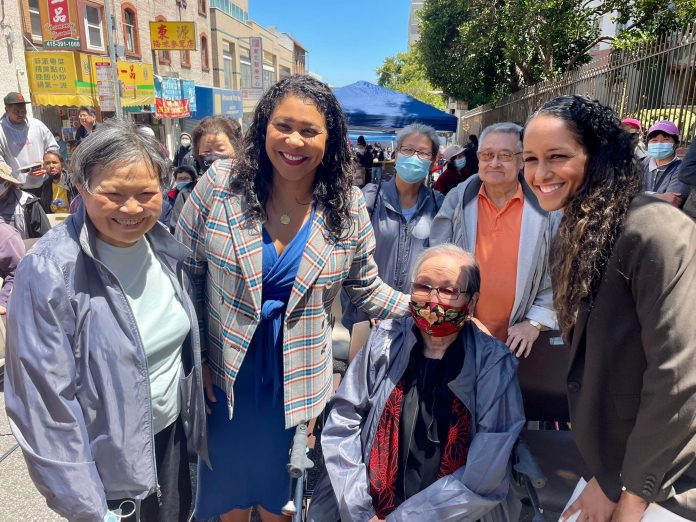 New DA Brooke Jenkins’s request to hand resentencing of London Breed’s brother to the state attorney general has been denied, and same goes for a case involving Jenkins’s husband’s cousin.

New San Francisco District Attorney Brooke Jenkins was immediately confronted with an optics problem upon taking office: the resentencing of Mayor London Breed’s brother for an involuntary manslaughter case from 2000. Jenkins, of course, was appointed by Mayor Breed, and in hopes of avoiding the appearance of conflict-of-interest and political favors, Jenkins asked state Attorney General Rob Bonta to take the case for her. That request came not even two weeks into Jenkins’ tenure.

But Bonta was not game to take the political hot potato off Jenkins’ hands. The Associated Press reported Wednesday that Bonta declined that request, in a letter dated July 22, that just became public a week later. Bonta also declined Jenkins’ request to take over the prosecution in the case of the July 2020 killing of 18-year-old Jerome Mallory, who is Jenkins’ husband’s cousin.

“We are confident the San Francisco District Attorney’s Office will continue to handle both cases in a fair, ethical, and even-handed manner,” Bonta wrote in his letter turning down the request. “Consequently, the Attorney General will not be assuming responsibility for either case. Please contact us if you have any further questions.”

Jenkins responded to KRON4, “My stance has not changed and I will step away from both cases to avoid any appearance whatsoever of a conflict. I am exploring options whether or not it’s possible for another agency to take on the cases. Regardless, these cases will be handled according to the law and with integrity.”

I handled the Napoleon Brown case for two years before Brooke Jenkins fired me w/o any transition plan. I could have told her AG not taking case. Most troubling is her lack of regard for victim’s family. Prime example (of many) of her mismanagement of a serious murder case.

The case is fraught not only because it’s London Breed’ brother (and she’s tried to put her thumb on the scales before to lighten Brown’s sentence when Jerry Brown was governor), but also because Jenkins fired the two prosecutors who were handling Brown’s sentencing.  One of them, Arcelia Hurtado, had some words about this on Twitter this morning, as seen above. She also tweeted on the day Jenkins fired her, “the appointed DA also refused to answer my question regarding whether I was being fired because I prosecuted the Napoleon Brown case, Mayor Breed’s brother. Yes, the same Mayor who appointed her.”

Jenkins’ statement that “I am exploring options” and mentioning “another agency” indicate she will try to hand the cases off to another jurisdiction. But time is not on her side. As the SF Standard points out, Breed’s brother’s sentence review is scheduled for August 15, just 11 business days from today.