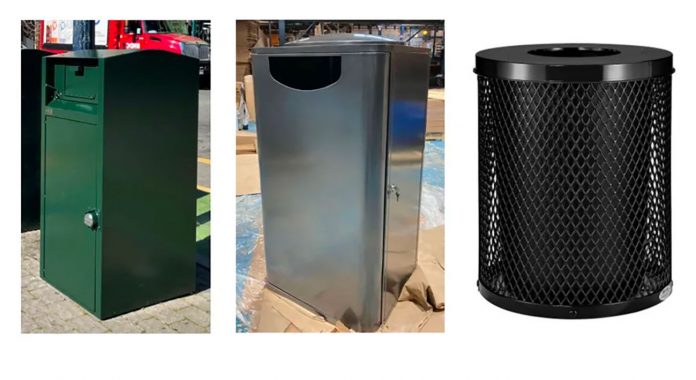 The already-laughingstock San Francisco trash can replacement drama is getting less resolution instead of more, as more new proposed bin models are now littering the landscape.

There is indeed a connection between San Francisco’s $20,000 “Gucci garbage can” boondoggle and the Mohammed Nuru-Public Works scandal. As KQED reminded us earlier this year, “Walter Wong was a permit expediter in San Francisco who pleaded guilty in 2020 to charges of conspiracy,” and that “The contract to maintain San Francisco’s trash cans went to a company called Alternate Choice LLC — owned by a family member of Wong — in 2018.”

So a new contract went to Oakland-based industrial design firm Institute for Creative Integration (ICI). The initial $20,000 prototypes were bargained down to $12,000 prototypes, which still seems insane, but that’s only a prototype cost; each individual can will run “only” a few thousand bucks each. And we already knew there were three of these ICI models in the running, each with odd little nicknames: Salt & Pepper (seen above), Slim Silhouette, and Soft Square.

SF Supervisors had already agreed to test the new prototypes against some existing trash-can models from other cities.

Now, Mission Local reports there are three off-the-shelf (and uglier) trash can designs in the mix. These are described as BearSaver, Ren Bin, and Open Wire Mesh, and each is from a different design firm that is not ICI, and is likely in use somewhere in the U.S. The green BearSaver and the wire mesh cans are cheaper than ICI’s models, at $1,500 and $600 per can, respectively — but neither have the smart technology that the city will want to add, and customization isn’t cheap. The silver Ren Bin will run the city $2,800 per can. And apparently a few are already out in the wild, with more on the way in July.

“We are looking to disperse the cans geographically in terms of districts and neighborhoods, high-use corridors, quieter streets, bus stops,” Mission Local quotes Public Works deputy director of policy and communications Beth Rubenstein as saying. This would be “testing” phase for these cans.

I guess it’s great we’re considering our options and all, but to a lay person, boy does this process seem needlessly complicated for just buying trash cans. Do we really need “smart sensors” and QR code technology on trash cans, or is some plucky salesperson managing to upsell the city on more expensive models? And even once we pick one (and they may choose multiple designs), there will then be the process of physically replacing and installing the estimated 3,300 cans citywide, and that effort will likely come with more rubbish like cost overruns and unforeseen circumstances.