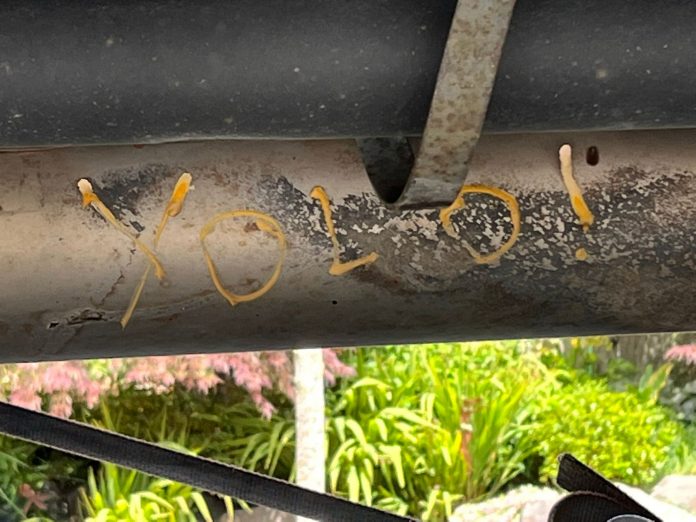 SFPD Catches Catalytic Converter Thief In the Act, Lets Him Go, Then Gives Him Directions Home

In today’s SF installment of “Police Did Nothing,” police catch an alleged catalytic converter thief red-handed in the Richmond, learn he is on probation for property theft, then kindly dismiss him while giving him directions so he could get home.

It’s been a local gripe for years that the San Francisco Police Department has a lavish budget but very low arrest rate. Yet the sound bite of “SFPD did nothing” started really gaining traction last November when police sat and watched a dispensary get robbed, did not intervene when a vandal destroyed an elaborate parklet in January, and refused to help break up a stolen items ring in May because it might have given then-DA Chesa Boudin a political win. As these stories piled up, Chief Scott blamed low morale because of Boudin and the vaccination mandate, though neither of those excuses seems applicable anymore.

But the “Police did nothing” narrative rears its head again in a new Chronicle story about a catalytic converter thief who was caught in the act in the Richmond District, and despite a phalanx of officers dispatched to the scene, SFPD let the fellow go. In the words of the Chronicle: “The officers arrived to find the alleged thief at the scene of the crime, learned he was on probation for a previous theft and then let him walk off, car jack in hand — even giving him directions to the nearest bus stop.”

@hknightsf have you seen this account of SFPD apprehending a catalytic converter thief in Richmond district while under a vehicle he had jacked up, but had to let him go ‘due to lack of evidence’. Quite extraordinary.https://t.co/yeZygZX1VE pic.twitter.com/M6JlmUuIRg

The incident was reported in mid-August and screenshotted in the Nextdoor post seen above. (The Twitter poster is not the person telling the story). A Richmond District resident says, “At 3 a.m. this morning, my roommate and I woke up to the sound of power tools on metal” and “saw a group of people actively stealing a catalytic converter off of one of our neighbor’s cars.”

“The police showed up pretty quickly. So quickly, in fact, they actually pulled one of the thieves out from under the vehicle.”

Police let him go, saying that among other things, the suspect hadn’t actually taken the catalytic converter yet, so there was technically no theft. “We asked if this meant the suspect was going to be allowed to stay in the neighborhood for the evening,” the post continues. “Officer Aros said, ‘Well, he asked where the nearest bus was and I gave him directions to Geary or Fulton so I think he’s going to leave to have his friends come pick him up.”

My latest column: Two San Francisco roommates called police about a man sawing a catalytic converter off a car. Cops arrived, learned the man was on probation for a previous theft and let him walk away. What is the SFPD doing? Too often, it’s not much. https://t.co/Bwva7iCZZ4

Above we see an actual photo snapped at the scene from one of the roommates. There is only one suspect remaining at the scene, because in the words of the Chronicle, “The driver of the Jeep sped off but left his pal doing the cutting still crouched by the car, a jack next to him and the converter half-sawed off.”

SFPD spokesperson Sergeant Adam Lobsinger acknowledges to the Chronicle that the description of the incident given above is correct. “There was no sufficient probable cause to arrest the suspect,” Lobsinger told the Chron. “Releasing a possible suspect … does not mean the investigation is over. In fact, it means the investigation is just beginning.”

And the police do have something of an alibi in this case, as there was apparently some sort of systemwide computer outage. But one of the puzzled roommates couldn’t help but compare the situation to the aggressive police response to last November’s Union Square smash-and-grabs.

“That was over bags, which don’t belong to any San Franciscans. They belong to corporations,” she told the Chronicle. “This vehicle and its catalytic converter belonged to a San Franciscan, a resident of 30 years, and they don’t give a fuck.”