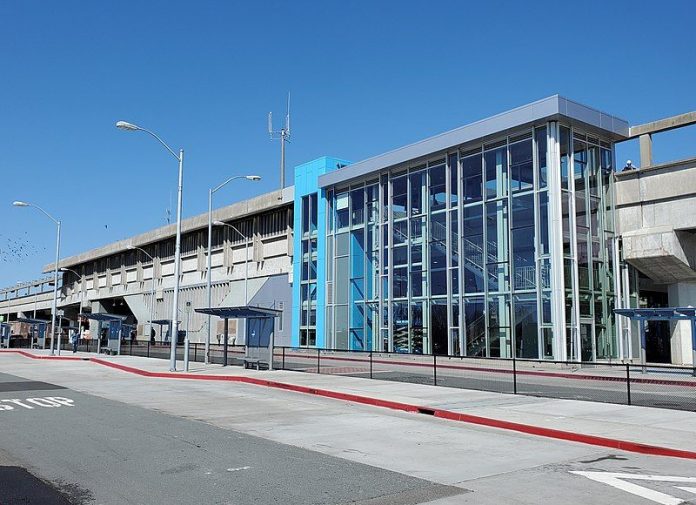 A 21-year-old San Francisco man is in custody at the Martinez Detention Facility after a Wednesday incident in which he’s accused of groping a woman on an East Bay BART train — and when she told him to stop, he allegedly punched her several times in the face.

A terrible tale from aboard an East Bay BART train Wednesday morning, but reassuringly, the situation was handled within a couple of hours. An unidentified woman managed to escape a scary situation on a moving train, after a man allegedly groped her and punched her in the face several times, according to the Chronicle, but the suspect was apprehended by BART Police and remains in custody.

The trouble started shortly before 11:30 a.m. Wednesday morning, as a woman said that a male passenger slipped his hands inside her shirt. She pulled away told him to quit it, at which point, per the Chronicle, “he punched her in the face repeatedly and held her against her will before leaving the train.” She was able to get away and disembark at the El Cerrito Del Norte Station, at which point she alerted BART Police.

BART Police were able to locate the suspect by 2:30 p.m. in Richmond. The suspect, 21-year-old Ludwin Mazan of San Francisco, was arrested an remains in custody at the Martinez Detention Facility,

Mazan will be charged with sexual battery, assault with intent to commit a felony. and lewd conduct. He’s being held on $100,000 bond.

BART officials say there is video footage of the incident, which has been handed over to the Contra Costa District Attorney’s Office.