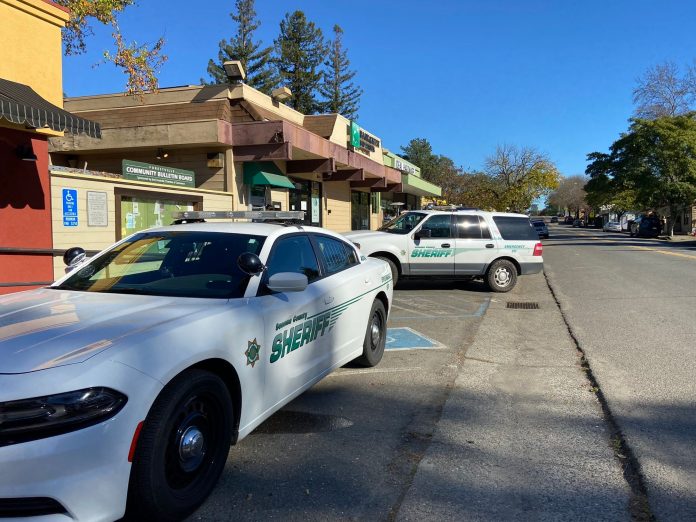 Information is scarce, and we don’t even know if the victim was a suspect, but Sonoma County Sheriff’s Deputies shot someone fatally in an incident near Franz Creek Ranch Friday morning.

A rural Sonoma County road in Healdsburg was the site of one or more sheriff’s deputies shooting and killing an individual some time before 9:30 a.m Friday morning. NBC Bay Area reports that “One person died following a deputy-involved shooting in northern Sonoma County Friday morning,” and the Chronicle adds that “The shooting occurred on the 5600 block of Thomas Road.”

Deputies were involved in an officer-involved shooting this morning in the 5600 block of Thomas Road, Geyserville. One person succumbed to their injuries. More information will be released as it becomes available. (español abajo)

The Sonoma County Sheriff’s Office merely notes that “Deputies were involved in an officer-involved shooting this morning in the 5600 block of Thomas Road, Geyserville. One person succumbed to their injuries. More information will be released as it becomes available.”

Given the paucity of information, the Santa Rosa Press Democrat sent someone up to the scene to take video of the scene where the incident took place, and did catch a glimpse of one deputies’ van leaving the scene.

The Press Democrat also spoke with a few neighbors at the scene. “A neighbor told a Press Democrat reporter at the scene that authorities began arriving at about 9:30 a.m.,” the paper reports. “The investigation is focusing on private property identified by a sign as Franz Creek Ranch.”

“We are confused. We are just in shock over here,” Justin Anderson, an employee at a winery on Thomas Road, told the Press Democrat. Deputies asked the public to avoid the area, and again, said that further information was not available.

Facebook
Twitter
Pinterest
WhatsApp
Previous articleAs Shelter-In-Place Hotel Program Winds Down, Residents and Managers Look Back on Whether it Actually Worked
Next articleSupervisor Calls for New SF School Board Member to Step Down Over Racist Comments