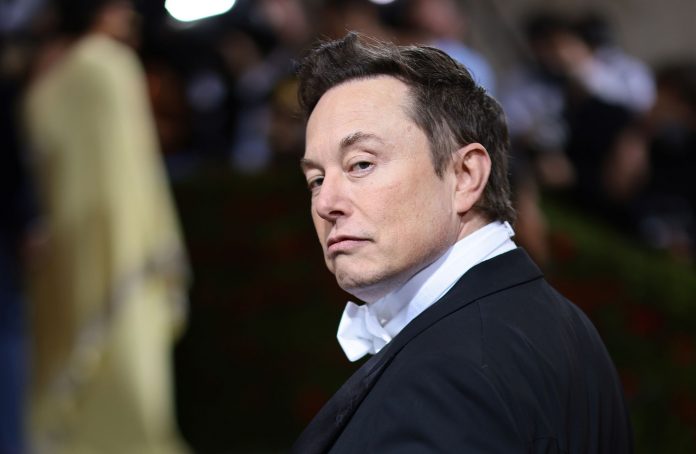 The erratic billionaire may be trying to back out of his stunning bid to take over Twitter, now claiming he is concerned about “spam/fake accounts,” but analysts suspect he’s just getting cold feet and that he may not actually be able to line up the money.

Well, there are two freshly fired Twitter executives who must be feeling a pretty good amount of schadenfreude today. They were fired this week likely because of Elon Musk’s impending $44 billion takeover of Twitter, and/or CEO Parag Agrawal’s good-faith efforts to show his belt-tightening ability. But in an early Friday morning tweet, Musk declared the whole deal was now “temporarily on hold.” according to KTVU, and credible market analysts wonder if he’s now just looking for a way to blow the whole thing up.

if you broke just say that 🤷🏻‍♀️

But market-watchers find this “fake account” excuse to be completely implausible. The Associated Press reports that Twitter has been citing that very same statistic, using the very same language in all of their regulatory filings “for at least two years,” and “leading some analysts to believe that Musk could be raising the issue as a reason to back out of the purchase.”

“To claim that this is the reason that he’s putting the deal on pause, it’s not credible,” says Sara Silver, Quinnipiac University professor of business journalism and financial communication, speaking to the Associated Press. “This is not a new issue for him. It’s not just entering his consciousness now.”

Anyone waiting to hear that good ol Elon leveraged most of his shares against crypto before leveraging his shares for Twitter and now it's all gonna go tits up? Because that would be poetic.

The far likelier explanation here is that Tesla’s stock price plunge —  which coincides pretty precisely with his unexpected Twitter distraction — has made the world’s wealthiest man suddenly a whole lot less wealthy. (He may be taking a bath on cryptocurrency too). “Mr. Musk may be the wealthiest man in the world, but much of his wealth is tied up in Tesla — which he has heavily leveraged to help build the rest of his business empire,” the New York Times explains. “Tesla shares were at $1,145 the day he announced his initial stake in Twitter. They were at $728 yesterday.”

You don't have pretend Musk's pretext for wriggling out of his acquisition is real. He can't really afford it; that's all.

You also have the fact Elon Musk has a toddler-esque level of unpredictability and poor impulse control. You cannot simply back out of a contract you’ve already signed, and further, this could be seen as market manipulation or even securities fraud, something for which Musk has already been fined and is currently being sued over.

Hard to see a non-fucked outcome for Twitter at this point. The most likely is that the deal closes and Elon kills the product. The only way he doesn’t close is if he walks…which kills the company. He has all the optionality, the company has none. And it’s just a big bummer.

The irony here is that fake accounts and bots on Twitter may have actually helped build Musk’s wealth via Tesla. KTVU makes the excellent point that “Tesla shares may have benefitted from Twitter bot accounts over the years as well. A University of Maryland researcher recently concluded that such bots have been used to generate hundreds of thousands of positive tweets about Tesla, potentially buoying its stock.”

Elon Musk’s tweets on Friday about pausing his Twitter takeover spurred new questions over whether he would try to back out of the deal — but his contract with Twitter would make a breakup costly and complicated. https://t.co/P381uK4bOj

One angle is that Musk may be trying to find a way to lowball on an offer that he has already made, putting Twitter into a jam where they have no good option except to take the lower offer. That seems unlikely to work.

“He’s already signed on the dotted line that says he bought a house,” Boston College Law School  associate professor Brian Quinn told the AP. “If after you buy a house, you say, ‘I want to get a lower price,’ the seller will say no.”

Yes, Musk has already signed a contract which has a $1 billion breakup fee, and seems to have done little to no due diligence on this affair. As an apartheid-era South African emerald fortune inheritee man-child who has no experience with consequences, Musk might now be looking at a rude awakening of financial penalties, or being left holding the bag he does not want. This whole deal has taken some very bizarre twists and turns since Musk started making these Twitter takeover moves April 4, and we’ll probably see more bizarre twists and turns to come. But for now, we may be entering a “pass the popcorn” phase of the Elon Musk Twitter takeover attempt.

Top image: NEW YORK, NEW YORK – MAY 02: Elon Musk attends The 2022 Met Gala Celebrating “In America: An Anthology of Fashion” at The Metropolitan Museum of Art on May 02, 2022 in New York City. (Photo by Dimitrios Kambouris/Getty Images for The Met Museum/Vogue)