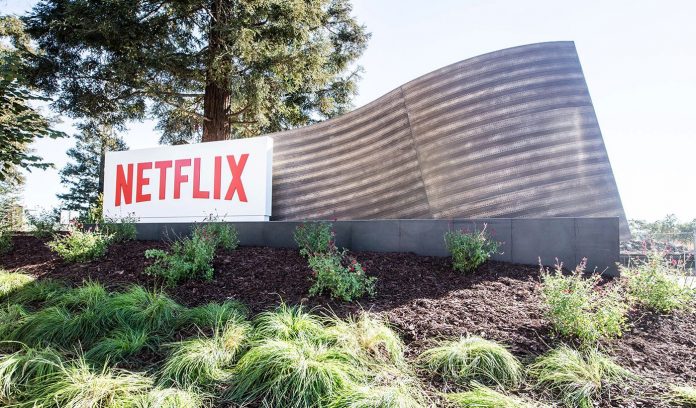 Eight months after a kerfuffle over a Dave Chappelle special and some other subsequent internal conflicts, Netflix took a stand and told its employees last week that they can bugger right off if they have personal objections to content being hosted on the streaming platform.

“We let viewers decide what’s appropriate for them, versus having Netflix censor specific artists or voices,” the company said in the new statement, adding that some content will have to be promoted “even if we find some titles counter to our own personal values.” Taking a hard line on this topic, the company says, “If you’d find it hard to support our content breadth, Netflix may not be the best place for you.”

The Wall Street Journal was the first to report on the change, which is the first update to these internal culture pages since 2017. A company spokesperson told the paper that the new culture memo was based in part on feedback solicited from over 1,000 employees.

Bay Area-based Netflix is somewhat unique among local companies in terms of it now being both a Hollywood-league production studio and a streaming platform with global reach. On the one hand, its local workforce is likely to be mostly left-leaning and sensitive to the machinations of the current culture wars and social justice fights. But on the other hand, the company naturally has to listen to an array of shareholders and a vast and diverse subscriber base when it comes to the content people want to watch.

Silicon Valley companies like Facebook, Google, and Apple have tended to be able to support fairly progressive workplace cultures, even if they’ve had to deal with content-objection fights of their own over the years — especially in the case of Facebook and its role in promoting misinformation around election seasons. But they’ve mostly toed that line by taking stabs at misinformation, and slapping the wrists of Donald Trump and right-wing figures when they spout especially objectionable vitriol, or incite violence.

YouTube perhaps has the most difficult job of all when it comes to content moderation, given that it’s partly a social-media space as well, with largely user-generated video filling its bandwidth.

Netflix is a purveyor of professionally produced content, but it is likely to face plenty more controversies in the future when comedians venture into hate speech — or when popular comedians like Dave Chappelle don’t seem to grasp the sort of hate and intolerance that their own middle-aged mindsets inspire.

In the wake of the Chappelle special, “The Closer,” last October in which Chappelle lamely tried to defend his antiquated views on trans people and trans identity by making false comparisons to how Black people are treated in America — and being baffled at LGBTQ advancement in civil rights has happened so quickly — Netflix co-CEO Ted Sarandos sent an email to employees defending the decision to produce and air the special. Sarandos later backtracked amid internal backlash, saying he had “screwed up” in the way he communicated with staff. And meanwhile, a trans employee at the company was fired for leaking internal budget data that showed how much the Chappelle special had cost to make.

The new culture memo comes just a month after Netflix posted some disappointing quarterly earnings and subscriber numbers, and the company’s stock price is down a staggering 69% since January.

In reporting its first-quarter earnings and decline in subscribers, co-CEO Reed Hastings said that the company was testing new methods of cracking down on password-sharing, in order to boost revenue. And Hastings later announced that a new ad-supported subscription tier would be added by the end of this year, marking the first time that Netflix has allowed ads on the platform.

Top image: In this handout photo provided by Netflix, is a view of Netflix’s headquarters located in Los Gatos on April 20, 2020 in Los Gatos, California. (Photo by Netflix via Getty Images)