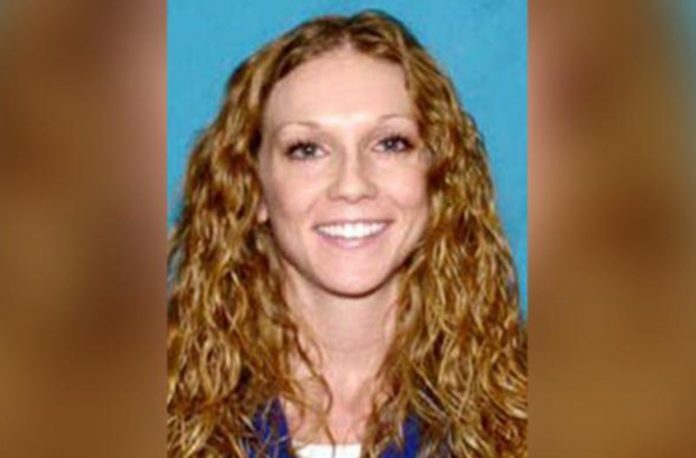 Kaitlin Marie Armstrong, the woman who had been sought for over a month in the May homicide of San Francisco-based competitive cyclist Moriah Wilson, was arrested Wednesday in Central America by the U.S. Marshals Service.

Armstrong, 34, was located at a hostel on Santa Teresa Beach in Provincia de Puntarenas. As CBS News reports, via a statement from the Marshals Service, investigators believe Armstrong flew from Austin to Houston shortly after being questioned by police last month, and then flew to the New York area where she boarded a plane to Costa Rica via Newark International Airport, using a fake or borrowed passport.

The case rocked the local cycling community back in May, when it was learned that 25-year-old Anna “Mo” Wilson had been found dead while on a trip to Austin. The soap-opera-esque details soon emerged that an SUV belonging to Armstrong had been seen on surveillance video at the home where Wilson was killed — and that this appeared to be a love triangle situation, or at least that is what Armstrong’s likely motive was.

Wilson had previously dated cyclist Colin Strickland, who was Armstrong’s boyfriend, and the two had apparently hung out while Wilson was in Austin for a cycling event. Strickland was not considered a suspect in the case, and was never charged.

Armstrong was quickly brought in for questioning on May 13, following the discovery of Wilson’s body on May 11, and investigators say she “continued to remain very still and guarded” when she was confronted with the evidence of her car at the murder scene. She then made a quick getaway, and the Marshals Service says it elevated the case to major-case status after the arrest warrant for Armstrong was issued May 19.

A source in the investigation told detectives that Armstrong had previously text Wilson telling her to “stay away” from her boyfriend, and she had been under the impression that Strickland and Wilson were somehow romantically involved going back to January.

Wilson’s family, as CNN reports, issued a statement saying, “While we will not elaborate about the ongoing investigation, we do feel it’s important to clarify that at the time of her death, those closest to her clearly understood, directly from Moriah, that she was not in a romantic relationship with anyone.”

Earlier reports suggested Wilson may have been planning to move to Austin at the time of her death, but her family said she had been planning to leave the SF Bay Area and move back home to Vermont.

Wilson was called the “winningest woman in the American off-road scene” when it came to cycling, and specifically “gravel racing” which is a recently established hybrid of road racing and mountain biking. As CNN notes, she had also excelled as a skier in younger years before switching to cycling.

Strickland told investigators that the relationship was “platonic and professional,” but to combat Armstrong’s jealousy he had apparently changed Wilson’s name in his phone, deleted texts, and attempted to hide the fact that he was having dinner with her the night of the murder.

“There is no way to adequately express the regret and torture I feel about my proximity to this horrible crime,” Strickland said in a statement to the Austin American-Statesman. “I am sorry, and I simply cannot make sense of this unfathomable situation.”

Armstrong is currently expected to be returned to the United States, if she hasn’t already returned, and she faces a murder charge in Texas.

Photo of Armstrong via the US Marshals Service