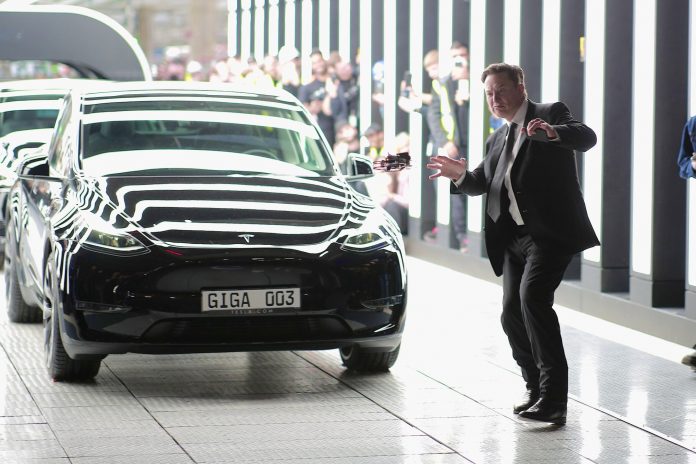 Elon could have bought Twitter for $44 billion three times over with the $150 billion in market value Tesla has lost since he pulled this Twitter stunt, as Tesla stock has been plummeting all week.

In the ongoing and generally breathless coverage of Elon Musk’s $44 billion Twitter takeover, we keep trying to point out that there is very little critical analysis of real-life financial brass tacks of this deal. And one unintended consequence is that Tesla stock has taken a thorough beating all week since the Twitter deal was announced, according to MarketWatch.

By the most recent hourly calculation (and it’s been getting worse by the hour all week), Tesla  has lost $150 billion in market value since Monday. Elon could have bought Twitter three times over with the market value Tesla has lost this week, and it sure seems the Twitter distraction is to blame.

The canary in the coal mine saw this coming in Tesla’s most recent end-of-quarter SEC filing (filed months before Musk’s Twitter takeover). “If Elon Musk were forced to sell shares of our common stock that he has pledged to secure certain personal loan obligations, such shares could cause our stock price to decline,” the company said.

Let’s check on that Tesla stock! It has lost $137 per share this week, for a current 13.4% loss in value since the announcement of… you know. That’s a screenshot above, but you can monitor Tesla stick in real time online.

How much money does this represent? “Tesla erased over $150 billion in market valuation throughout the week, and it doesn’t look like it’s stopping,” says electric car trade publication Elektrek in a Thursday report. “One of the main concerns is that Twitter is going to take time from Musk away from Tesla, which is inevitable, and the only question is …how much time?”

Musk's Tesla has lost over $160 billion in market value over the last five days which is almost 4x the Twitter agreed purchase price. pic.twitter.com/u4Sg1DAnGR

It may not be the Twitter deal itself, but Musk’s playful vagueness about the financing of the Twitter deal, that is hammering the Tesla stock. He’s promised to put up roughly half of the $44 billion himself, and his assets are almost entirely Tesla stock. Will he sell it? Will he borrow money against it? Will he bring on more outside investors? No one knows, and Musk is not saying.

Moreover, his behavior has been deeply unserious all week. Elon Musk is free to do as he pleases with his fortune. But it bears watching whether/how his antics might affect the finances of retail investors or people with retirement accounts, and whether this Twitter escapade hurts everyday investors.

Related: Will Elon Musk Move Twitter to Texas? Will He Give Trump His Account Back? Questions Abound. [SFist]