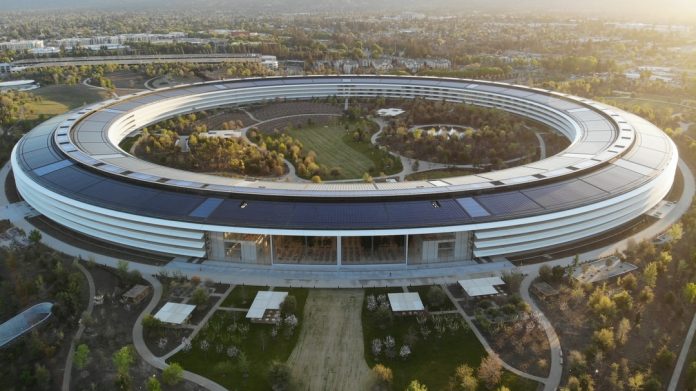 A group of Apple employees are yet again making noise about their displeasure with being called back to an in-person office three days per week — the horror!

We’ve all heard that tech companies are struggling to hire and retain employees these days unless they, like Twitter and more recently Airbnb, just declare a free-for-all when it comes to working remotely.

Well, some employees at Apple are hoping that they can still leverage this to negotiate a more flexible policy there, after the company declared its intention nearly a full year ago to bring everyone back to its very-expensive-to-build offices in Cupertino at least three days a week. That plan was waylaid by the Delta and then the Omicron waves of COVID, but starting in early April, Apple summoned everyone back one day a week, and then two days per week more recently.

With May looming and the three-day-per-week policy about to take effect in late May, an employee group called Apple Together penned an open letter to the company’s executive team asking for continued flexibility with remote work.

The letter lays out multiple counter-arguments to Apple’s official reasons for bringing people back in person, among them being the “serendipity” of running into colleagues and the in-person collaboration that offices allow.

“We definitely see the benefits of in-person collaboration; the kind of creative process that high bandwidth communication of being in the same room, not limited by technology, enables,” the group says. “But for many of us, this is not something we need every week, often not even every month, definitely not every day.”

And, ooo boy they do not want to get back on those shuttles to Cupertino!

“We can’t believe we need to spell this out, but commuting to the office, without an actual need to be there, is a huge waste of time as well as both mental and physical resources,” the group writes. “Many of us spend several hours every day commuting to and from the office, only to be in an environment where we can do our work less well or be on a video call anyway, because we need to work with a colleague in an office on the other side of the city, country, or planet.”

In announcing the phasing-back of working in the office, Apple CEO Tim Cook wrote in an internal email in March, “we are deeply committed to giving you the support and flexibility that you need in this next phase.” But that flexibility only really amounts to the ability to work remotely four weeks out of the year.

Including its retail workforce, Apple employees around 100,000 people in the U.S. And according to a source in the company who spoke to CNN Business, the Apple Together group is only made up of about 200 employees, currently. So, perhaps this is a minority opinion and there are plenty of employees who are glad to be going to an office again after two years stuck at home all the time with roommates, spouses, or kids.

But back in September there were reports of growing unrest within the company, and a growing number of employees who were expressing less than happy thoughts about working for the company on internal Slack channels and the like. And this Apple Together group may be just one faction of that unrest.

The open letter concluded by invoking the great and holy Steve Jobs, saying, “As Steve said: ‘It doesn’t make sense to hire smart people and then tell them what to do. We hire smart people so they can tell us what to do.’ Here we are, the smart people that you hired, and we are telling you what to do: Please get out of our way, there is no one-size-fits-all solution, let us decide how we work best, and let us do the best work of our lives.”

My money’s on this small cabal not getting their way, and executives wanting to get some actual use out of Apple Park, which only just welcomed employees into it three years before the pandemic hit, which means it’s now been mostly empty for two of its five years of habitability.

Apple also has other offices in other buildings in Cupertino, San Jose, and elsewhere.