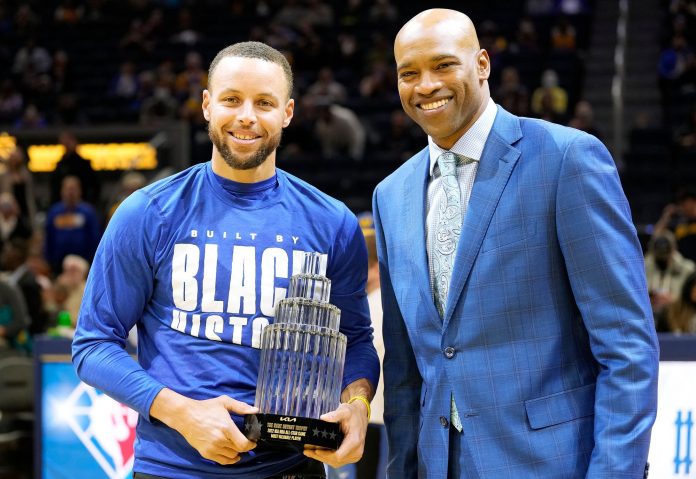 Yeah I guess a few things got overshadowed at the Oscars Sunday night, one of them being Steph Curry and Shaq winning Best Documentary Short for The Queen of Basketball, the story of the only woman ever drafted by the NBA.

Golden State Warriors point guard Stephen Curry remains sidelined indefinitely with a foot injury, but he still won Sunday night. He won at the Academy Awards. As the Associated Press points out, Curry and Shaquille O’Neal were both executive producers of a 22-minute film called The Queen of Basketball, which won the Oscar for Best Documentary Short, and can be seen in its entirety below.

The Queen of Basketball,is the story of Lusia Harris, a women’s basketball player in the 1970s who has the distinction of scoring of scoring the first basket in women’s Olympic basketball in 1976 (her Team USA squad won the silver medal), and was actually the first and only woman ever to be drafted by an NBA team when the New Orleans Jazz took her in the seventh round of the 1977 draft.

Though as the AP points out, “she was pregnant at the time and never actually went through with trying to make the team.”

Steph is paying homage to Lusia Harris tonight, known by many as the 'Queen of Basketball'.

A true pioneer of the game and one of women's basketball's most accomplished players, Harris became the first woman to be officially drafted by an NBA team in 1977.#WHM pic.twitter.com/ecGQMk8Dm3

Curry and Shaq were not present to receive the award. And Best Documentary Short is one of those “shortened” categories where they awarded the Oscar during a commercial break and then played a quickie edited version of that presentation to speed up the show. But the film’s director Ben Proudfoot accepted the award, and in his moment at the dais, made reference to another underappreciated story in the women’s sports world that’s taking place halfway across the globe.

The Oscar for Documentary Short goes to Ben Proudfoot for 'The Queen of Basketball.' Congratulations! #Oscars pic.twitter.com/n9idx2DQdE

Image: SAN FRANCISCO, CALIFORNIA – FEBRUARY 27: Stephen Curry #30 of the Golden State Warriors and NBA Legend, Vince Carter pose for a photograph with the Kia NBA All-Star MVP Kobe Bryant Trophy before the game against the Dallas Mavericks at Chase Center on February 27, 2022 in San Francisco, California. NOTE TO USER: User expressly acknowledges and agrees that, by downloading and or using this photograph, User is consenting to the terms and conditions of the Getty Images License Agreement. (Photo by Thearon W. Henderson/Getty Images)

Facebook
Twitter
Pinterest
WhatsApp
Previous articleSome Apple Employees Once Again Whining About Being Called Back to the Office Three Days Per Week
Next articleWarriors Bringing K-Pop Star BamBam to Perform at Regular Season Home Finale, Which Hopefully Ends Their Skid