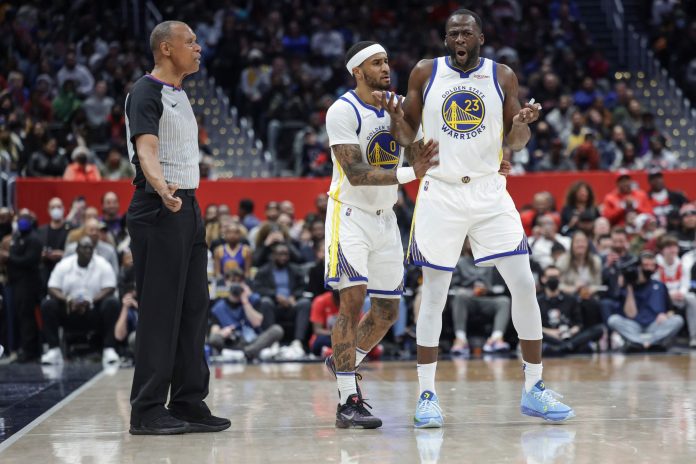 Thailand’s Number One pop star is set to perform the halftime show at the Warriors’ regular season home finale against the Lakers, and the Dubs need whatever help they can get after losing four straight.

Your Golden State Warriors will play their final regular season game at the Chase Center next Thursday against the LeBron and the Los Angeles Lakers. And haha, the Lakers are so terrible! They’re in 11th place in the Western Conference might not even make the play-in game, let alone the playoffs!

But don’t look now, the Warriors are suddenly hitting the skids themselves. After last night’s 107-103 loss to the Phoenix Suns, the Dubs have lost four straight, they’ve dropped to fourth place in the Western Conference standings, and Steph Curry is still out “indefinitely” with that foot injury.

With five games and eleven days left in the regular season, the Warriors have still not actually clinched a playoff spot.

At least that Thursday, April 7 home regular season finale is spiced up a bit, as KRON-4 reports that K-Pop star BamBam will perform at the halftime show. If you’re not familiar, BamBam’s latest video is above, the Thailand born star hit it big with a K-Pop boy band called Got7, and his Chase halftime show will be the debut of his new single “Wheels Up” with Oakland vocalist MAYZIN.

Should it matter to you, KRON-4 adds that “BamBam and the Warriors will drop an exclusive, co-branded merchandise line at the Thrive City Warriors shop at 10:00 a.m., and host a meet and greet in Thrive City for 50 fans. The fans will be randomly selected from among those who purchase the new merchandise at the event.”

The Warriors-Lakers game is next Thursday, April 7 at 7 p.m., and the game will be on TNT. The Warriors close their regular season on the road against the Spurs (Saturday, April 9) and Pelicans (Sunday, April 10).

WASHINGTON, DC – MARCH 27: Draymond Green #23 of the Golden State Warriors argues with official as Gary Payton II #0 of the Golden State Warriors pushes him away against the Washington Wizards at the Capital One Arena on March 27, 2022 in Washington, DC. NOTE TO USER: User expressly acknowledges and agrees that, by downloading and or using this photograph, User is consenting to the terms and conditions of the Getty Images License Agreement. (Photo by Kevin Dietsch/Getty Images)