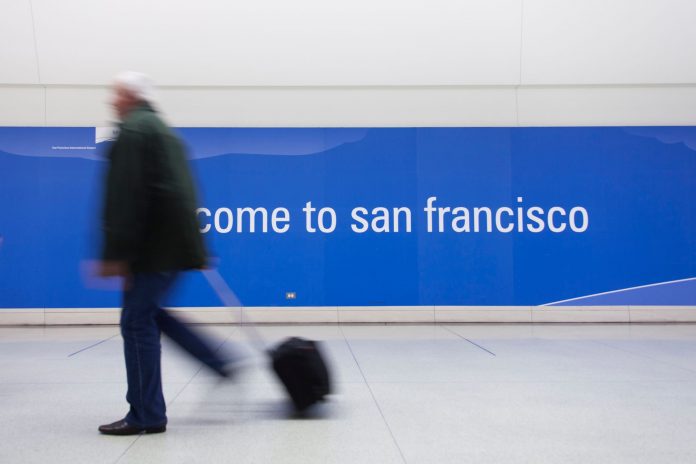 A man who had what was described as a “sharp-edged weapon” assaulted people inside a San Francisco International Airport terminal on Friday evening around 6 p.m. — leaving three individuals with cuts and scrapes before the male suspect was apprehended by police.

According to multiple news outlets, a man drove a vehicle to a part of SFO Friday night and entered the pre-security area of the International Terminal, which is a part of the airport accessible to the public. KRON4 reported that the man walked through the departure terminal… and then took out what appeared to be a sharp weapon.

Per police, the male suspect then attacked three people, who were all treated for cuts and scrapes; the three yet-named victims were all able to continue on their journeys after receiving on-site medical aid.

Airport spokesperson Doug Yakel noted to the Chronicle that the suspect “attempted to cause injury to several passing travelers,” and police were able to respond to the scene and arrest him “without further incident.” Yakel also said to the newspaper the motive for the attack remains unclear at this time, and the attack did not impact airport operations Friday.

The SFPD has not released the identity of the suspect — who, according to eye-witness accounts, was wielding a weapon that looked like a machete — and the charges are still pending due to the active investigation.

Anyone with information about this past Friday’s  incident should contact San Francisco police at (415) 575-4444 or text a tip to “TIP411” and start the message with “SFPD.”