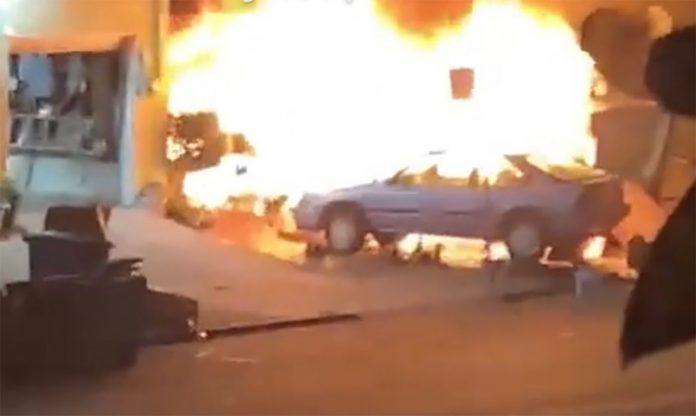 A fire broke out at a home in the Bret Harte neighborhood, south of the Bayview District early Wednesday, and it has caused damage to at least two homes and left one firefighter injured.

The SF Fire Department’s Twitter account posted a photo of the fire showing a vehicle in the driveway also engulfed in flames.

Around 70 SFFD firefighters responded to the two-alarm blaze, which also caused moderate damage to a neighboring home at 1219 Fitzgerald Avenue.

The injured firefighter “will be okay,” according to department spokesperson Lt. Jonathan Baxter. The nature of the firefighter’s injuries was not explained.

Three adult residents and two dogs were displaced by the fire, and received assistance from the Red Cross.

The cause of the fire is under investigation.

The 1 injury was an SFFD firefighter who will be okay.