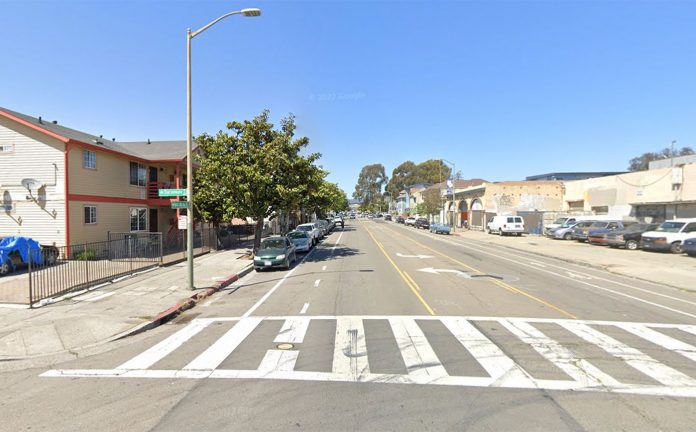 The summertime uptick in street violence in Oakland continued over the weekend with five people killed in three separate and unrelated incidents.

The weekend began with a shooting in West Oakland that occurred before sunset in which two people were fatally shot and a cyclist was killed in a related collision.

That incident occurred on the 2800 block of Martin Luther King Jr. Way around 7:15 p.m. According to Oakland police, there was an initial shooting, followed by a second shooting in which the victim was the driver of a vehicle. That victim proceeded to speed away from the scene and, in the process, struck the cyclist. Those victims have not yet been publicly identified.

The second shooting occurred in the Uptown area but just about three blocks from Friday’s shooting, on the 600 block of Sycamore Street near Martin Luther King Jr. Way. That shooting happened around 9:30 a.m. Saturday morning, and a 43-year-old male victim was fatally shot on the street. Despite the proximity to the shooting just 14 hours earlier, Bay Area News Group reports that police don’t believe it was related.

A fifth homicide occurred Sunday morning around 1:30 a.m. not far from Lake Merritt, on the 2400 block of Park Boulevard in the Cleveland Heights neighborhood. As KTVU reports, the male victim was found dead of a gunshot wound in his car, and it was unclear to police where the shooting took place or how far the car might have driven after being shot at.

Per Bay Area News Group, the victim was a 22-year-old Oakland resident, and it’s not clear whether he was a passenger in the vehicle, or the driver.

No arrests have been made in any of the five homicides. The shooting Sunday morning marked the city’s 83rd homicide of the year to date.

KPIX spoke to a number of Oakland residents who were rattled by the weekend’s shootings, and noted that there is significantly more police-car presence with lights on in downtown Oakland lately — following two shootings that occurred near the downtown nightclub scene earlier this month.

Reporter Da Lin spoke to a man named Chris and his unnamed roommate who live in the vicinity of Friday and Saturday’s shootings, and Chris says, “My plan is to get the hell out of Oakland.” The roommate added, “I’d really love to be part of a renaissance in the city. I believe in the goodness of people, but I also have to look out for myself.”