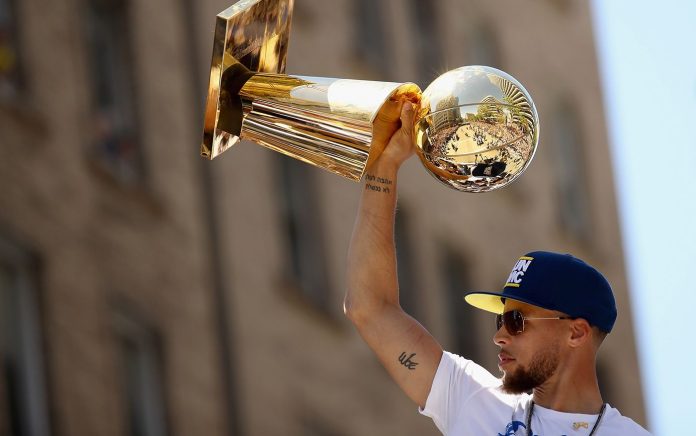 It will be the first big parade and public gathering on Market Street since the pandemic began — preceding the Pride Parade by six days — when the Golden State Warriors have their first championship victory parade in four years on Monday.

Have you searched “NBA Championship” on Google today? If you do, there’s a fun firework graphic that comes up. And on Monday, our champion Golden State Warriors will be back home, and they’ll be rolling up Market Street in those party trolleys (we assume? Giants-style?) for the first time — and doing a parade for the first time since their last NBA Championship win in 2018, when they were still based in Oakland.

The veterans on the squad — Splash Brothers Steph Curry and Klay Thompson, along with Draymond Green — are old hats at this show. They won championships and rode in victory parades in Oakland in 2015, 2017 and 2018 — and who can forget a completely shitfaced Draymond going on camera during the 2015 celebration, slurring, “We world champions”?

But this will be the first time that San Francisco gets to have the Warriors parade up Market Street the way the Giants have after their World Series wins in 2010, 2012, and 2014, and the way the 49ers last got to in 1995.

As ABC 7 reports, the parade will kick off around 10 a.m. on Monday at Market and Main streets, and it will conclude up near Civic Center, at Market and Sixth streets, by 2 p.m.

The Warriors have announced that the celebration will be a “free-flowing and engaging celebratory event for fans, with the opportunity to share in the up-close excitement of the 2022 NBA Championship with the warriors, their players, coaches, legends and staff.”

Incidentally, the Warriors, back when they were the Philadelphia Warriors, were the first-ever team to win an NBA Championship, when the championships began in 1947 under what was then called the BAA, the Basketball Association of America. It would become the NBA two years later, and the Warriors would win again in 1956, and again in 1975, but then they’d have a long, long dry spell without a championship until the current era, and their win in 2015.