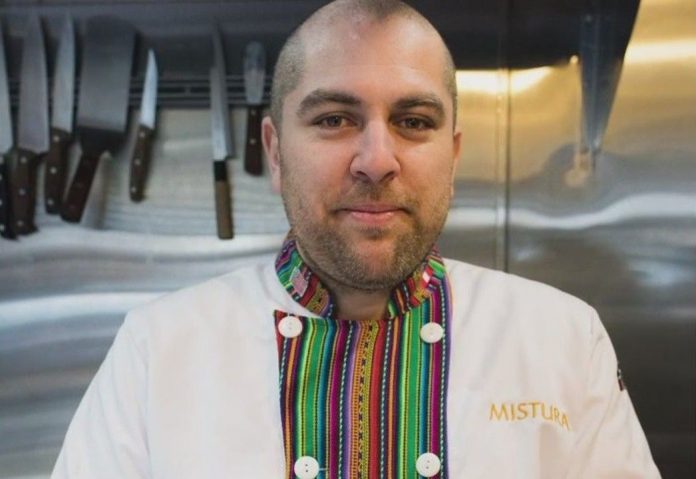 49ers Fan Beaten in L.A. is Out of Coma, Standing On Own Two Feet

Oakland chef and 49ers fan Daniel Luna is out of his medically induced coma after a parking lot beating during the Niners-Rams game in late January, and while he has plenty of rehab ahead, his recovery is exceeding expectations.

Bay Area sports fans’ thoughts quickly turned from 49er player disappointment to genuine fear and worry when we learned that Oakland chef and Niners fan Denial Luna was in a medically induced coma after a parking lot confrontation before that January 30 game at SoFi Stadium. We then found out that Luna, who runs the Oakland Peruvian restaurant Mistura, was punched by a Rams fan, but suffered his injuries upon his head hitting the pavement.

Cause aside, KTVU brings us the news that Luna is now out of the coma, and able to walk and function, albeit with assistance, as seen in the video below.

Great news. Oakland Chef Daniel Luna who was injured during a 49ers Rams game is now out of a medically induced coma. Here he is playing basketball. He hopes to reopen Mistura very soon https://t.co/jJf6c2RbBv h/t @samsinger pic.twitter.com/B4d4nboawM

“He is significantly disabled,” the family’s spokesperson and friend Sam Singer said in a statement to KTVU (the station also describes Singer as “a regular customer at Luna’s restaurant on Piedmont Avenue”). “There was a period of time when he may not have survived, he may have died. There was a belief that he might not ever walk again or be able to function. So his friends, his family are incredibly relieved by what’s going on.”

There are still a number of questions about the Jan. 30 incident, as the public has not seen the security video from the stadium parking lot. The mayor of Inglewood James Butts, who has seen the footage, is quoted by KPIX as saying, “the reality is this was a one shove, two shove, one punch altercation — the greatest damage was done because (Luna) landed on the back of his head on the pavement.“

That said, police did arrest  33-year-old Bryan Alexis Cifuentes-Rossell on felony assault charges with regards to the incident. Cifuentes-Rossell has been released on $30,000 bail. While the case initially seemed to have parallels with the permanently disabled Giants fan Bryan Stow, who was beaten at Dodgers Stadium in 2011, there’s still plenty we don’t know about this incident.

The timeline for Luna’s recovery, and the reopening of his restaurant, is still unclear. KTVU reports that Luna “hopes to return to Mistura as early as next week,” though the restaurant may not reopen immediately at that point. Nonetheless, that’s something we weren’t sure would ever happen as of a month ago, so these signs are encouraging.

Related: Arrest Made and Details of Video Emerge In Assault on 49ers Fan Daniel Luna at SoFi Stadium [SFist]