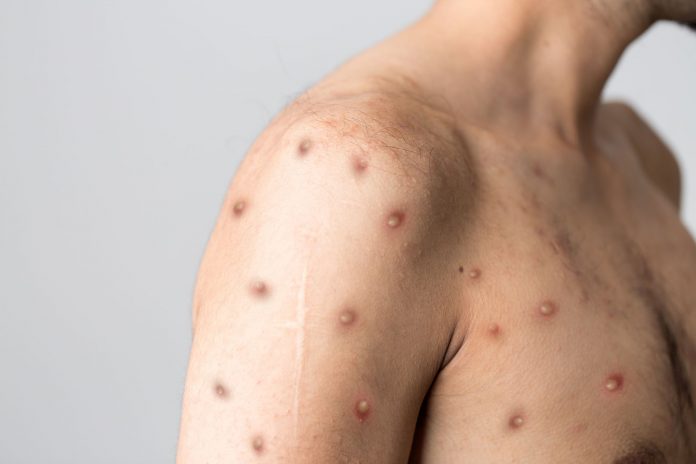 The monkeypox developments are coming in disturbingly quickly, so the SF AIDS Foundation is holding a virtual town hall tonight to unpack the new landscape, and Supervisor Rafael Mandelman has had it with the CDC foot-dragging.

Have questions about monkeypox? Want to hear what's happening in SF, why it's imperative for us to ramp up access to vaccines, and what you can do? Join us for a virtual community town hall event next week: July 12, from 6 – 7 pm.https://t.co/QyGQfqI78O pic.twitter.com/e63p7U4NEa

So in barely over a month, San Francisco has gone from one case to now 60. It is reasonable to now be very worried, particularly (but not exclusively) for men who have sex with men. And to that end. KRON-4 reports the SF AIDS Foundation is holding a monkeypox virtual town hall tonight (Tuesday, July 12, 6 p.m. PT) to explain what is going on here. The town hall is free to watch online, though registration is required, and the broadcast will be available in both English and Spanish.

“Monkeypox is circulating in our community, and we want to make sure you have the info you need about what’s going on,” the SF AIDS Foundation says in an announcement. “Please join us for a town hall where we’ll answer questions and facilitate discussion about how the infection is spreading in the Bay Area, testing and treatment, symptoms, unmet needs around vaccine access, and how to get involved in advocating for vaccine access for our community.”

I am introducing a resolution calling on the @CDCgov and @HHSGov to accelerate the purchase and distribution of monkeypox vaccines. The insufficient federal response is reflective of an institutional callousness to issues that affect gay and bisexual men and trans people. (1/4) pic.twitter.com/nY8kci87DO

About those “unmet needs around vaccine access.” The post-Pride outbreak has people clamoring for the monkeypox vaccine. We’ve vaccinated about 600 people, and folks, that is a tiny fraction of how many we should have vaccinated. But KGO has the news that Supervisor Rafael Mandelman is introducing a resolution to demand tens of thousands more doses in San Francisco. (We currently have fewer than 3,000.)

“The abysmal federal response to Monkeypox is insulting and dangerous to gay and bisexual men and trans people across the country,” Mandelman said in a release.

Thank you @RafaelMandelman for leading SF’s call to action for federal assistance to get monkeypox vaccines into the arms of those who need it. @CDCgov and @HHSGov the time to act is NOW. What will you do to ensure this virus doesn’t spread more than it already has? pic.twitter.com/nYwOzA3A7k

“We have seen high demand from San Franciscans who self-identify as gay, bisexual, trans, and MSM [men who have sex with men] to get vaccinated. We take this as a positive sign that people are being proactive about their health and want to protect themselves,” DPH director Dr. Grant Colfax said in the same release. “This week we have requested enough doses from the federal supply to vaccinate 35,000 people who are at highest risk of an infection. This is a starting point and puts us on the path toward our larger goal of making the monkeypox vaccine available to anyone who could benefit from prevention.”

KRON-4 explains that “Zuckerberg San Francisco General Hospital is offering the vaccine Monday-Friday 4 p.m.-6 p.m. to people who meet the city’s eligibility requirements, which include close contacts of people with confirmed or suspected monkeypox, people who had ‘close, physical contact with others’ at an event with a reported monkeypox case, laboratory workers who handle viral samples, and clinicians with high-risk occupational exposure”

Related: Monkeypox Likely to Have Spread During SF Pride; 40 Total Cases In the City As of This Week [SFist]