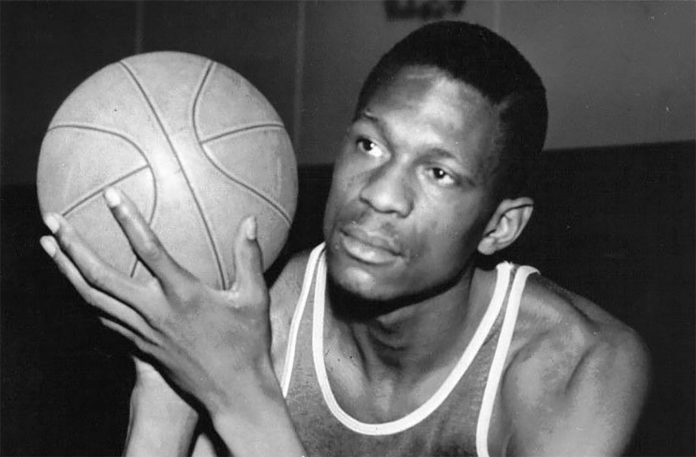 One of the most decorated athletes in American sports history and a key player in the civil rights movement, Bill Russell, passed away over the weekend. He was 88 years old.

In a tweet posted on Russell’s official Twitter account, it was announced the eleven-time NBA champion passed away peacefully with friends and family— including his wife, Jennifer — by his side this weekend. Russell, who grew up right here in the Bay Area and attended McClymonds High School in Oakland, won two NCAA championships with the University of San Francisco before going on to become the captain of a gold-medal-winning Olympic basketball team.

According to KRON4, Russel also went on to become the first Black head coach of any North American professional sports team; he earned two more NBA Championship titles as a coach.

And as if his list of accolades wasn’t enough, Bill was also the recipient of the Presidential Medal of Freedom. Russell was awarded the honor by former President Barack Obama in 2010 for his role in highlighting the civil rights movement as well as for his accomplishments in basketball. Off the court, Russell was a beloved civil rights icon, who often highlighted the struggles Black Americans faced in this country, and was known as a beloved humanitarian — a “gentle giant,” per Axios — with one of the most infectious laughs ever.

Russell, too,  was mere feet away for Martin Luther King Jr. during his “I Have A Dream” speech; Russel also supported Muhammad Ali when he refused to go to Vietnam.

“We hope each of us can find a new way to act or speak up with Bill’s uncompromising, dignified, and always constructive commitment to principle,” the latter part of the announcement about his passing on Twitter reads. “That would be one last, and one lasting, win for our $6.”